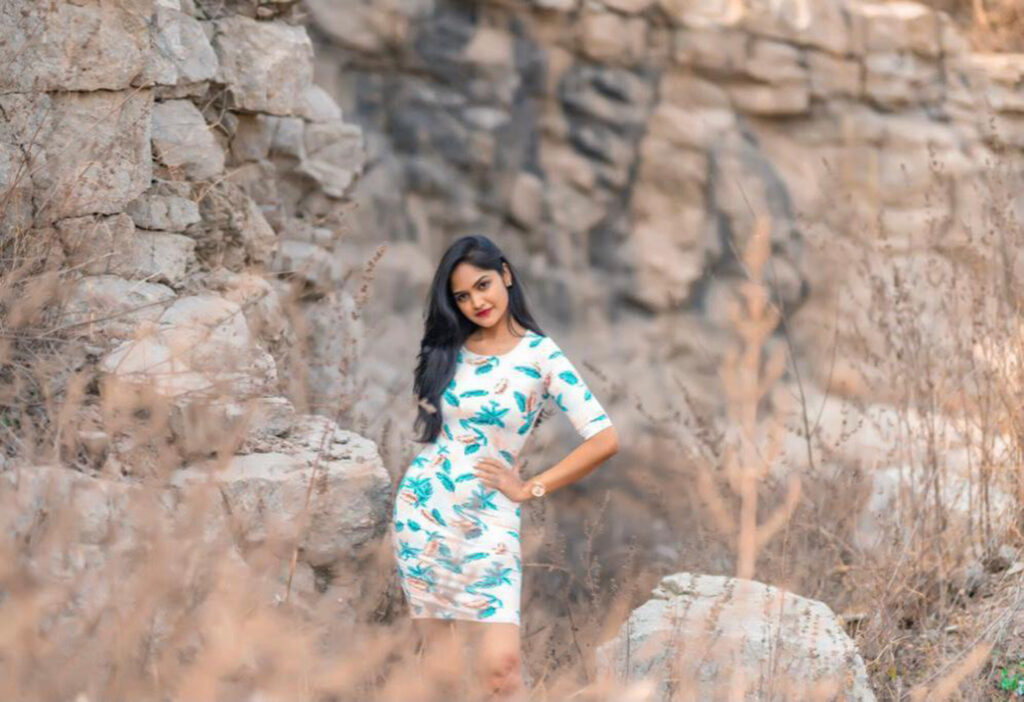 Do you know Reshma Tara is an air hostess?

Air hostess and flight cabin crew jobs are considered very glamorous. At the same time, to work in it, it is necessary to have beauty and good height. Along with this, all the qualities of being right, speaking and having an attractive personality are taught during its training.

Well, it’s always true that no one knows what destiny has nicely in store for us. Just like anyone else, here is a popular personality who never knew that one day they are going to be the most known faces of the country. She has started their career as an air hostess but however has started to become a fashion model and actress. The air hostess holds a huge fan following for her modelling pictures and short films.

Let’s take a look at how and when the fate of this celebrity did take a turn and she landed up doing big in her life!

She was born in a small Metro City in Vishakapatnam, India and she says that she felt a little bit too restricted there. She used to read articles about travelling, she watched the train cars leaving the station, and hoped to get a chance to work and travel. “I pined over my only portal into the fashion world. If you had told me that one day, I would have direct access to the crazy world of fashion from a tiny phone screen; I would have brushed it off as something from The Matrix. I grew up in what is now referred to as the ‘traditional’ fashion era, and I was obsessed with all things fashion. Those magazines were my subject, and I acted on just about every word”.

Tara is widely loved for her stunning photoshoots and she pulls off any look with her swag. Though she’s been recognized as one of the fashion world’s young emerging models, Reshma Tara’s road to success wasn’t as easy as one might think.  The Vizag born model left home at a young age after being discovered as a talent. Though today, she’s worked with some of the major name Photographers, still the Vizag model remains grounded and connected to her roots. We recently sat down with Tara to discuss her interests, what she’s working on and even asked for some advice.

You have gotten to work with some major fashion Photographers and designers. What’s been your favorite? And what’s your personal style?

Yes, I’ve had the pleasure of working with lots of amazing photographers and designers. Every single one was special in a different way, but if I had to pick one, I would say when I did a shoot for Sai Charan Reddy in Hyderabad, it was just amazing. My style is mostly basic, I love to be comfortable!

What do you think are some of the biggest misconceptions about being a model?

Everything about it is glamorous. You have to be tall, you have to be skinny, you need to work out 7 days a week, but these all are big misconceptions especially in today’s world.

I frequently work out, but I do not push myself to do anything I don’t feel like doing just because I missed the gym one for one day. So I would say you have to always listen to your body. Everybody is different and has different needs.

What is your favorite food? Do you cook or prefer to eat out?

I could list all kinds of food, I’m a food lover. But if I would have to say, my top three would be Japanese, Italian and Brazilian. I do cook sometimes, but I’m not the greatest chef. I leave it to mom or just do a good take out.

Tara told Lakkars Magazine she never boards without her lip balm, eye mask and moisturiser so she can keep her skin hydrated during long-haul flights.

When packing her suitcase, she always rolls up her clothes to maximise space.

‘I’m a big fan of rolling my clothing when I pack to save space and prevent creases in your garments. I like to keep things simple when I’m travelling and often just bring jeans and T-shirts for layovers,’ she said.

Tara said if she’s bringing nice outfits for special occasions, she usually stores them in a separate bag in her luggage.

She also shared that she used to pray for the safety of each passenger before every takeoff and landing. She also added that the biggest happiness of an air hostess is the happy smile on the face of the deplaning passenger.

“I still remember for every landing and takeoff I will be praying to god only one thing ‘God, everything should be smooth and in case something goes wrong please save all my passengers and I should be the last one to be out of the aircraft’. And thanks to God for being there with me always. The happiness for me was seeing all my passengers deplaning with a smile on their face,” she added.

Wishing all the flight attendants a special day, Tara mentioned that she will remain as a proud air hostess till death.

What advice would you give to up-and-coming models who struggle with insecurity or self-doubt?

Don’t start thinking your life is going to be a movie scene. You have to be very patient and focused on your goals, always keep your feet on the ground because it can really mess with your head. Just be consistent, have a good relationship with your family and work hard, eventually will fall into place.