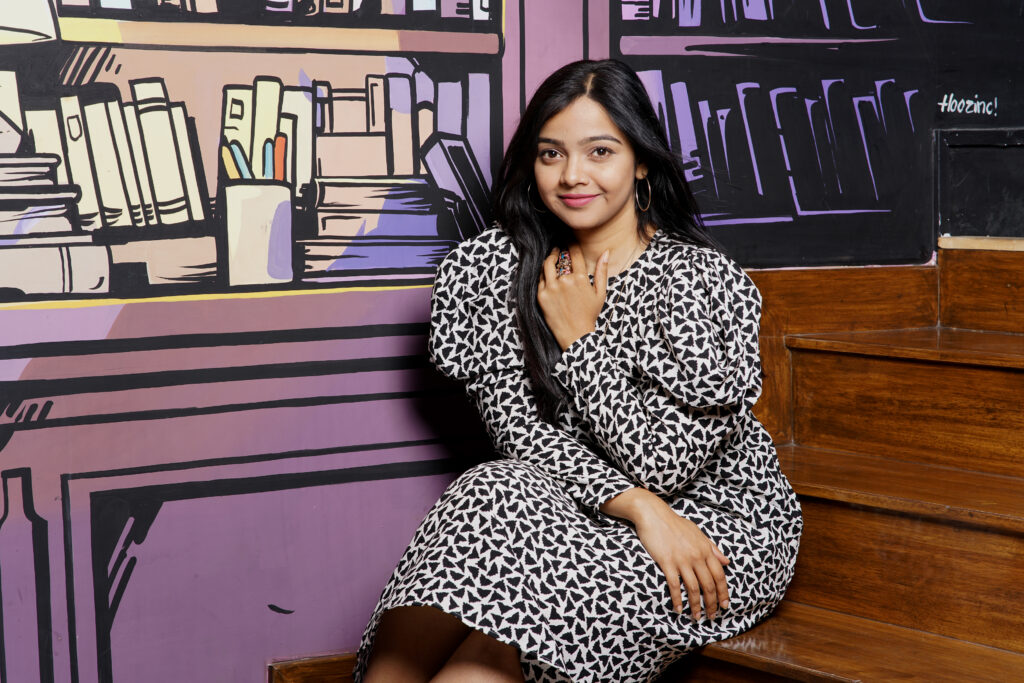 Actress and entrepreneur Nitya Shetty have enjoyed success in the Tollywood of India. She recently sat down with Sangram Chief Editor and fashion stylist to talk about her journey. You can find some of the best cuts from the conversation below.

Nitya Shetty is an Indian actress and she is also highly recognized with a prestigious portfolio, who has worked in Telugu and Tamil films. She is probably best known for her acting in the 1998 films and that fetched her Nandi Award for Best Child Actress. She was just a kid at the time. Her character is an aggressive child who experiences uncontrollable violent outbursts, exasperating her caregivers. The young actress’s poignant performance can be painful to watch.

Off-camera, Nitya comes across as cheerful and self-confident. She says acting comes easily to her. “I’m good at showing my emotions, I’m cheeky.” At only 12 years old, she has already landed what many Telugu actors can only dream of: a role in a Tollywood film.

Though she is a successful child artist, she was good in her studies. So, she took a break from movies and completed her education and later joined the company as a software engineer.

Nitya recalls, “My mother was always telling me I was the greatest actress alive. When I was little, she always, accompanied her during the shoot and used to tell me, I was going to win an award for my best performance. And when I finished college and was just working a regular job, she kept asking me, ‘How do you expect to catch fish when you’re on dry land?” At 23 she left to pursue her dreams. “I was told everything by other people about how I would never succeed,” she says. However, Nitya wanted to continue work as an actress and successfully auditioned to be a part of the Telugu film. Nitya now clearly understands her talent and how to use it. She doesn’t focus on competition in the industry. In tune with her interior voice and her purpose, she’s simply focused on doing what she feels called to do.

Her energy is infectious; her vision for her life and work is vast. Yet even with her fame and her acclaim as an actor has the remarkable ability to stay grounded in her and to convey at once a sense of humility and fierce confidence. I spoke to Nitya recently, and by the time the conversation was over, I felt inspired to revisit my own goals and to give myself a pep talk about what I’m capable of. That’s just the effect her passion and her energy have on you. She makes you feel like you can accomplish whatever you put your mind to.

She has participated in multiple campaigns like an inspiring woman. She is now looking forward to trying her luck in Business. And we for sure see her as a successful entrepreneur and we also wish to see her as a versatile actress in the future!