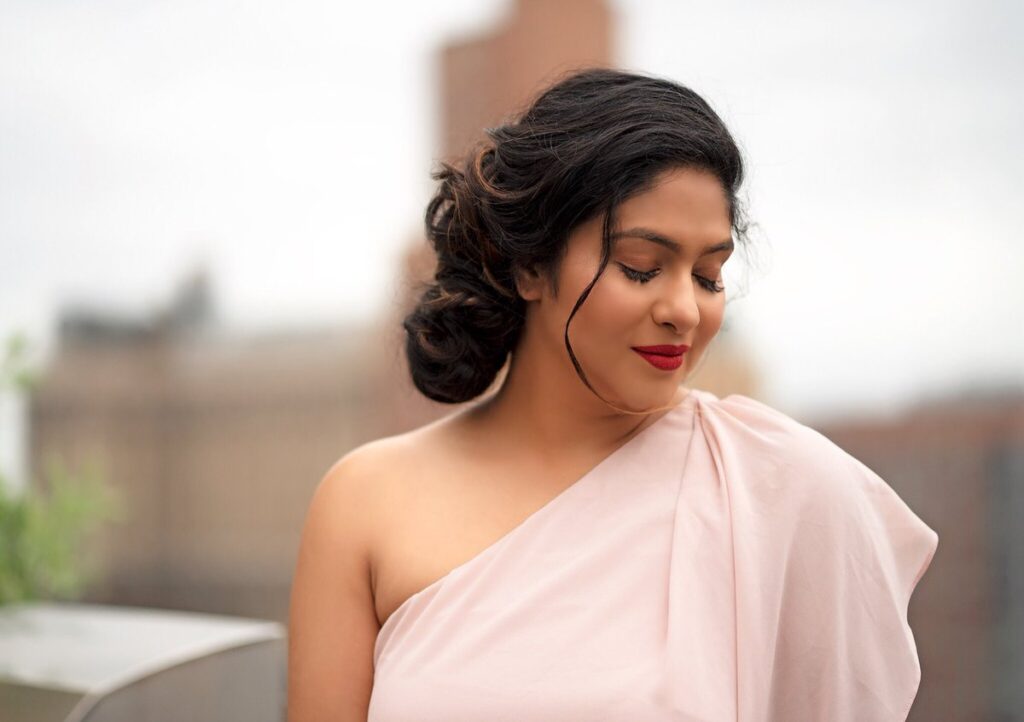 The Remy Awards and World fest are the oldest and largest films and video competitions in the world, these achievers list includes Spielberg, Lucas, and many more big legends. Now in the achiever list, the Indian women Dr Lakshmi Devy made her name shine.

Indian American actress and filmmaker Lakshmi Devy wins the prestigious Gold Remy Award for Direction at the 54th World fest Houston International Film Festival for her film “When the Music Changes”. Lakshmi Devy, a doctor by profession, has always been passionate about acting and filmmaking.

“This is truly a great honour for a filmmaker like me. It is very encouraging. I am proud of being able to represent my Indian roots in this manner. I am humbled by this award which has been received by such great directors before me. It keeps me on the path to keep striving to do better,” said Lakshmi Devy about receiving this award.

To top this off “When the music changes” also won Best Mid Length Feature film at the New York City Independent Film Festival.

The film was directed, written by, and produced by Lakshmi Devy. She also plays the protagonist in the film along with popular south Indian actor Adith Arun of 11th hour and Thangamagan fame. Other key characters are played by Naveen George Thomas, Shreya Navile, and Vignesh Shivasubramanium.

The cinematography was helmed by Abinandhan Ramanujam of “Sillu Karupetti” and “Kavan” fame. The editing was handled by the exceptional Anthony Gonsalves of “Kakka Kakka”, “Vinnaithandi Varuvaaya” and Shanker’s “I” fame.

The music and Background score was done by Achu Rajamani of “Golisoda 2”, “Malai Pozhuthum Mayakathile” and “Current Theega” fame. The film was shot in sync sound and sound design was handled by the talented Sandeep Singh.

The film represents an interesting theme of a young beautiful Indian American woman finding friends and happiness in her hometown in India. An unfortunate incident makes her realize that the forces who want to shatter her are not only villains but also her lover. It points out the gravity of the situation of rapes in India with every 16 minutes, a woman being raped. This movie is a reminder to society that it is not the woman but a man who loses his honour because of this dastardly act.

Dr Lakshmi Devy shuttles between the U.S. and Chennai and after the lockdown and mounting Covid cases, she has preferred to stay back in India and is currently in discussions with several Hollywood production companies for her new venture, she has a production house in New York, FiDi talkies. Movies are not a new arena for Lakshmi, as she has relentlessly been working with popular Tamil and Malayalam films before.

Hollywood icons like John Turturro the famed Veteran Award-Winning Hollywood Actor, Director, and Producer opinion on the film – “I must say I was very impressed. And disturbing, in a good way. To pull it off is an accomplishment, especially wearing so many different hats as director, writer, and actor. It’s a worthy and important subject matter which takes all shapes and forms in so many different cultures. I thought the visual elements were strong and the storytelling too.”

“Congratulations on film When the Music Changes. Lakshmi is a clearly very gifted actor, writer, director, and producer. It’s hard enough to do any one of those jobs singularly, let alone doing all four at once. All the performances were grounded, authentic and vibrant. I think the message was delivered with an unflinching ferocity worthy of praise. The visual storytelling is both visceral, inventive, and very much to story. A gut-wrenching expose,” said Tim Van Patten, 10 Time Emmy Award Nominated Hollywood Director.

Director Lakshmi Devy told the media – “This film not only speaks about the brutal rape and the injustice meted out to girls and women, but it also culls out the powerplay behind sexual abuse. As the story demanded, a few scenes are portrayed very rawly. Those scenes are not a depiction of vulgarity or obscenity, rather, they are tailored to portray the intensity of sexual abuse.

We expect the film to pave way for a change in the way our society looks at rape and assault. If not change, at least a realization”

The film is winning accolades across film festivals internationally and expected to be screening on a major OTT platform soon enough. This is definitely one film that movie buffs are eagerly waiting to watch.