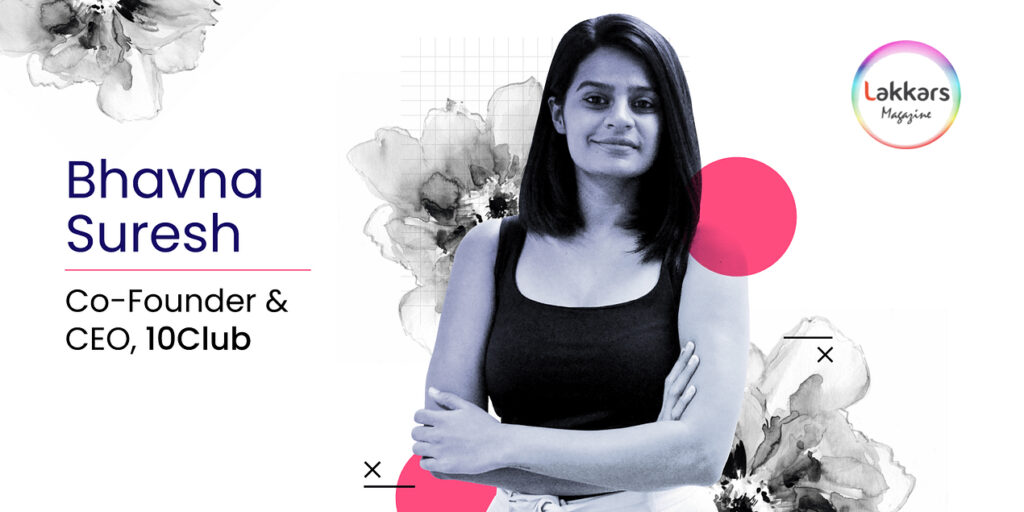 Women-led startups raising venture capital funding, even today, is rare. And, if one of them ends up grabbing one of the largest seed rounds, it is definitely a point of discussion.

And, Bhavna Suresh grabbed the eyeballs of the Indian startup ecosystem when her D2C startup ﻿10Club﻿ secured $40 million in seed funding.

The Thrasio-like startup— founded by Bhavna, Deepak Nair, and Joel Ayala — focuses on small businesses and startups, where it acquires them, keeps the team and the founders onboard give them the agreed-upon stakes and helps them scale the business.

But this isn’t Bhavna’s first rodeo. Besides her previous startup, Stylebank, Bhavna was also the CEO of Lamudi Paris.

“While I did do the usual route of engineering from the Vishveshvarya Institute of Technology, and later an MBA from HEC Paris, I have always done something different and away from the norm. Even in my mechanical engineering course, I was one of the few women in my class,” shares Bhavna.

In fact, Bhavna was the first female mechanical engineer at a large automobile company. She says while being the first is great, it can be challenging too.

“These are people who have been comfortable in their biases and expect women to behave in a certain way. And, here I was doing things on the field, getting down and dirty. While it took some initial challenges to overcome, soon things changed, and I got the support that I needed,” Bhavna says.

By the age of 25, Bhavna built a whole sales division from scratch and launched operations successfully in 10 months. For this, she was recognised as the manager with the fastest turnaround time to set up a fully operational market by a company.

She also worked for digital agency 22Feet for two years, post which she decided to get into fashion during her MBA days, and Stylebank was born in 2016.

Bhavna had met with a few investors and a partner in India and had begun building the company. Stylebank was an online fashion rental service space. While it was working well as a niche, the timing of starting up in the space wasn’t right, and the journey was short-lived.

After a break, she was called by Lamudi, a real estate listings site backed by Rocket Internet, to head the company operations and grow the business. “It was something I simply couldn’t say no to,” adds Bhavna.

Prop-tech startup Lamudi had started operations in 2014. She helped the company grow till it got acquired by EMPG in February 2020.

Bhavna reconnected with Deepak from 22Feet, also a startup mentor, and decided to start 10Club. “It took us till January 2021 to research, and we spoke with over 300 sellers to understand the need of the market and the categories we could operate in,” says Bhavna.

Recently, the D2C startup raised $40 million in seed funding led by Fireside Ventures and has acquired a baby startup, My NewBorn.

Advising young women, who want to get on their entrepreneurship journey, Bhavna says, “Do your research and work hard on what you need to do. Stop at nothing to achieve what you want. And build your network.”