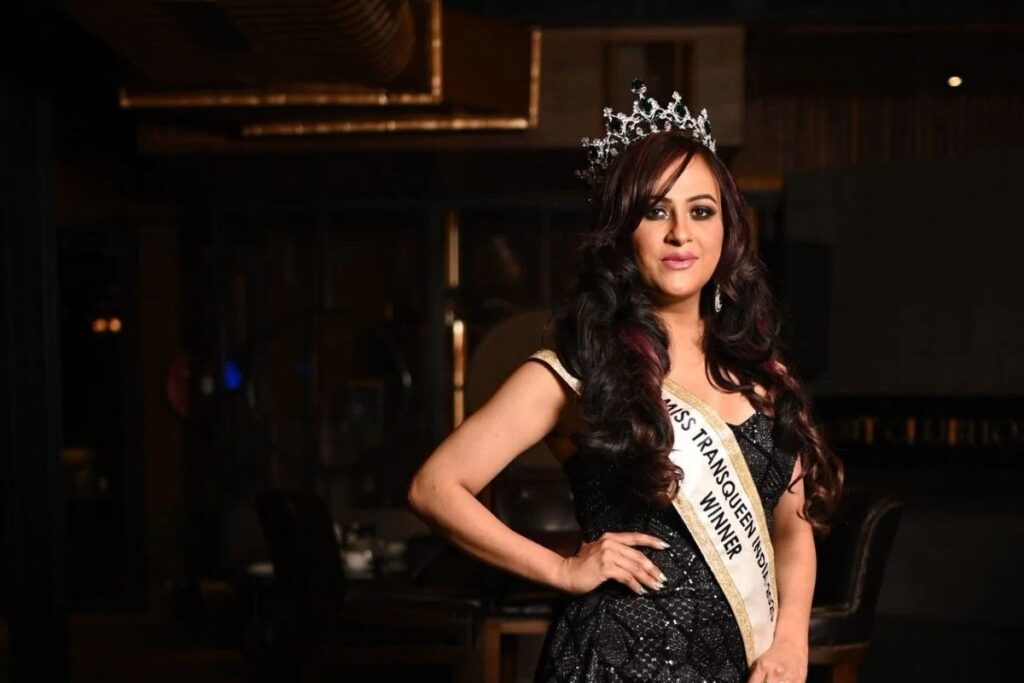 Born biologically male, Soni went through a phase where her mother thought that she was gay. In an interview with Mint Lounge, Soni shared how mental transformations came before the physical transformation.

“A trans child always goes through this phase in life where they’re confused to be gay because you’re feminine and you act a certain way,” she told the news agency. Having graduated from the National Institute of Fashion Technology, Soni won a reality show in her final year and got an internship with WGSN which is a trend forecasting company in Hong Kong.

Sharing her career graph, Soni revealed, “I came back and started my own label, Nude, which made leather lingerie. After that, I felt that I am not one of the people who can be settled in one zone. Designing was too much of a commitment to one place. So even though I had my own studio in Shahpur Jat (in Delhi), I got into styling which gave me the opportunity to travel for my work.”

From styling and working worldwide to exploring more than one career option and even blogging about her journeys, Soni soon came to be known as a designer, a blogger and a stylist in the past two years. “I come from a creative background, so I have always had a strong inclination for art and craft. Also, during the whole turmoil I had in myself during my teens, fashion was a place where I found comfort, where I knew I would be more accepted,” said the diva.

The family pressure made her comfortable coming out as a transwoman when Reena approached her. The national lockdown made it tough for organizers to hold the pageant this year but Reena was adamant and encouraged Soni to step forward for the title since the latter had been styling and coaching contestants in the previous years.

While the reading down of Section 377 was a historic move by the Supreme Court, people are yet to accept the community whole-heartedly, including the Bollywood industry. Soni found it difficult to source clothes from popular Indian designers for her own pageant as she was turned down because the clothes were said to be made for a woman’s body.

“It’s high time we change how we perceive transwomen in India. They are not people you look down upon or have sympathy for. We are no different. All the previous Miss India, Miss World, Miss Universe winners were women with a purpose, and so am I,” Soni asserted.

Shaine Soni is now gearing up to represent India next year at the world’s largest competition for transgender women, Miss International Queen. Soni will be seen designing and making her own outfit for the crowning and as of now, promises to work for the empowerment and betterment of transwomen.