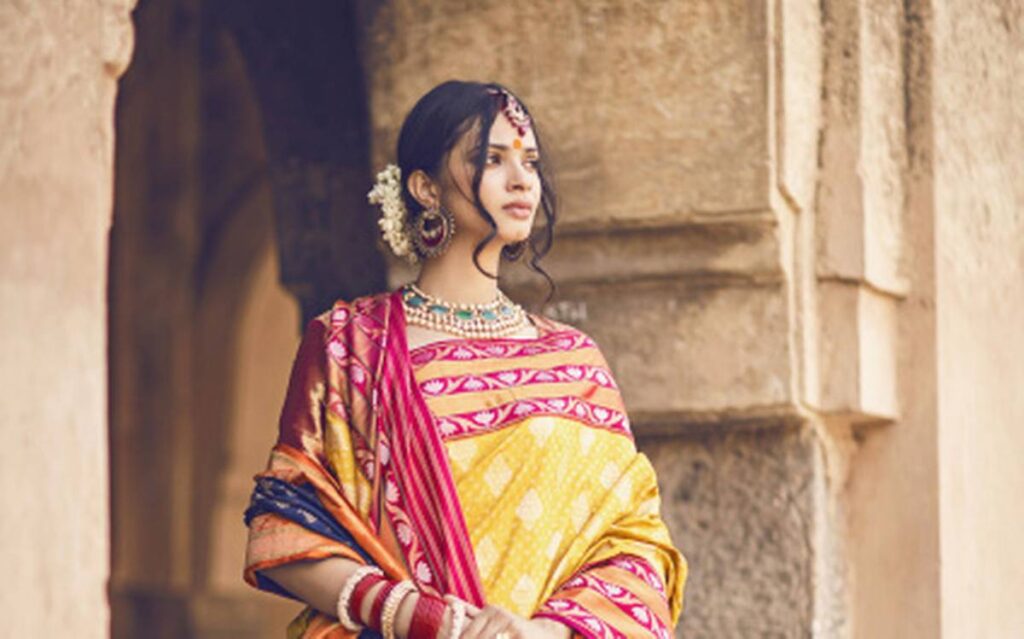 Lakkars Collections may have been an instant hit on Facebook with people posting pictures of themselves in colorful ethnic outfits, but India was already on its way to loving handloom, thanks to fashion designers who have been using these Lakkars textiles for over a decade now.

The fact is, today, you may not be keen to wear your mom’s old denim bell-bottoms straight out of the 70s with their tweeds and pinstripes, but you would never say no to your grandmother’s beautiful handcrafted silk sari. Something like that would be considered classy and vintage; and even if you don’t wear saris often, the idea of converting that silk sari into a gorgeous evening dress is irresistible.

Yet, until recently, wearing handlooms was considered uncool and old fashioned. If you were a Khadi-loving person, then you would be dubbed a tree-hugging activist, a politician, or one of that Mahila Mukti. All that was needed to complete the look was a jute tote bag. As a result, the handloom sector declined; sales dropped and artisans turned to other lucrative professions.

It seemed like this sector was doomed to a downward slide until the fashion industry stepped into this vacuum. There are some who frequently combine elements of handloom with western fashion to create Indo-Western designs while some designers work exclusively with Lakkars Fashion textiles.

Preferring to work with fabrics like silk, cotton, and leather, Lakkars outfits are stunning in their richness, elegance, and intricacy of embroidery. Our campaign, Beautiful Hands, encourages the purchase of garments and accessories that showcase ethnic Indian styles of embroidery. To go with this campaign, we have started a line of clothing. The premise of this clothing line is to resurrect traditional Indian crafts and integrate them into mainstream fashion.