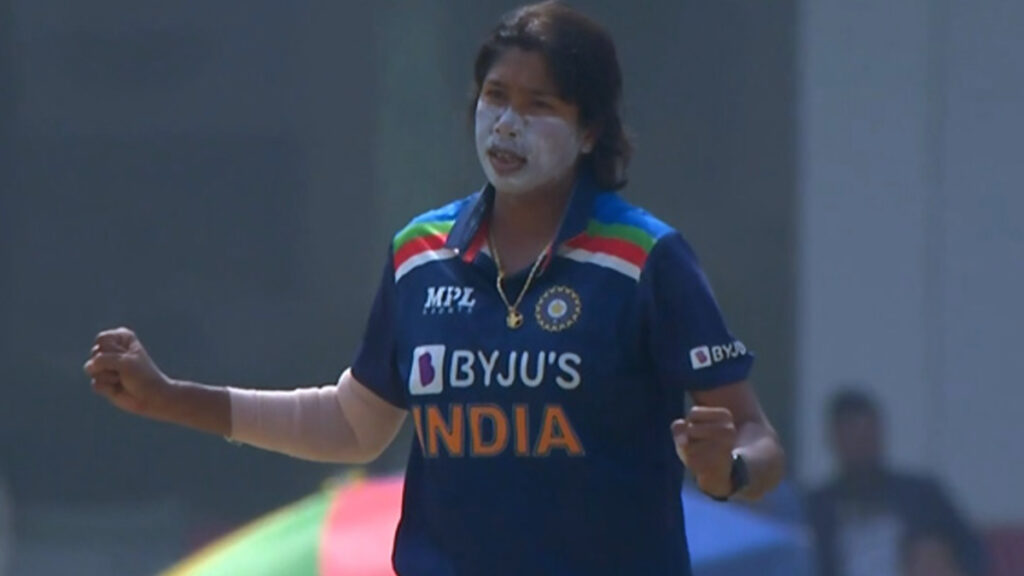 Five Reasons Why Jhulan Goswami Is An Inspiration To Young Women

Earlier today, Netflix released the teaser of Chakda Xpress and people are waiting for the release for the Anushka Sharma release, to know more about Goswami’s life and cricket. The video has already received more than 1.1 million views within a day.

5 reasons why Jhulan Goswami is an inspiration to young women:

1. She started off at a very young age

Jhulan Goswami started playing cricket for the Bengal when she was just 19 years of age. In fact, she was the first sportsperson in her family. During her street cricket session with her cousins and friends, she learned the pace of bowling and tried to catch up with boys who teased her for slow bowling.

During the 2000s, when it was difficult for women to even think of making sports as a career, she chose cricket and eventually made the country proud on international platforms.

2. Looking beyond the “deprivation”

Anushka Sharma wrote in her post that there was a lack of support systems, facilities, stable income from playing the game. There was speculation of not having a future in cricket, which did not propel women to take up cricket as a profession. In the 2017 World Cup, India went to the finals of women’s cricket and lost to England in a very close match. Goswami was a star in the entire series and she got three wickets in the finale.

There was a time when the jersey for the women’s cricket team was not separately provided, and there was a prevalent belief that it’s only the men’s cricket that could do wonder. Jhulan Goswami showed her charisma and broke all the prevailing gender stereotypes. She received a lot of appreciation from her coach for her bowling style that distinguished her. In 2006, she was the fastest woman bowler in the world delivering at the speed of 120 kmph.

During her term as a skipper, India played around 25 matches, out of which they won 12. Her constant work on her bowling style made her the first woman to have 200 ODI(One Day International) wickets. Jhulan Goswami was ranked #1 in the list of best bowlers in ODI in 2016. Even though she did not have a basic training facility in her town, she did not mind going the extra mile to get the best coaching. Ultimately, she became ICC Women’s Cricketer of the Year in 2007.

Even at the age of 37, when sportspersons are said to lose their charisma Jhulan Goswami has been an inspiration. She also emphasised how health is important today. As per Goswami, “It is mandatory to stay fit. There are three things that you have to follow – diet, training and sleep”.

Anushka Sharma released the teaser for the film that will be released soon on Netflix. While many appreciated the gesture of finally making a movie on the woman cricket team, others raised the question about the dusky colour and weird accent used by Sharma to play the character of former cricket captain.