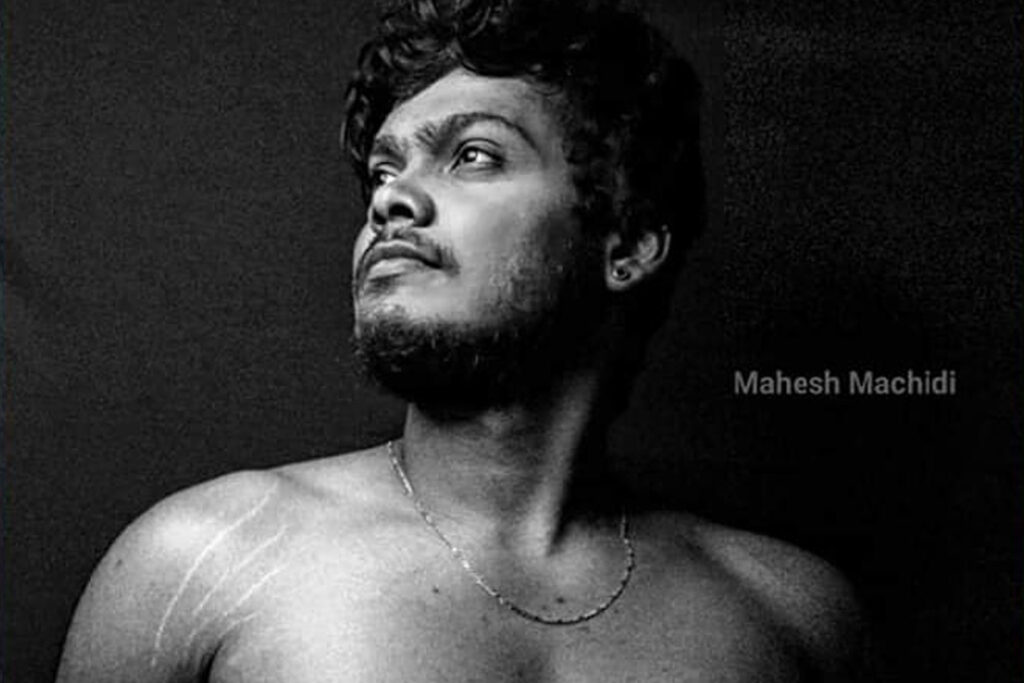 Mahesh machidi is the person who has grown up with his own talent, creating a distinctive trend for himself without any movie background. Mahesh is the man who wants to be special from days as a student onwards. That mentality made Mahesh as a complete person and today it has made him get recognition from cine society.

Behind all the success there were some years of difficulties and hardships. All the struggle made Mahesh reach this level without the original movie background and without anyone’s support. Born on July 17 in a small town grown with a unique style. His dressing and hairstyle from childhood were more different and stylish than the rest of the students. Mahesh was a hyperactive member of the cultural activities that never neglected education. After completing intermediate at Alphores College, he got a seat in engineering at Hyderabad.

Mahesh, who started modeling at the engineering time done many events and shows at the college level. At the same time, he starred in a short film called “Romantic Coffee”. Mahesh likes to spend more time in the gym than in college. From the days of BTech, he started earning his own expenses without depending on his parents. While modeling, he joined yo-yo TV,  a YouTube channel as an anchor. He has done many interviews and college shows. Mahesh has a hunk look with 6 feet height/ 6 pack body. Mahesh machidi became the 2017-18 Mr. India Karnataka champion. After that, he joined MBA to pursue higher education and continued interviews in freelancing.

He had built up many contacts with the producers and with the top directors of the industry. Mahesh hosted in the interview show “Dil say with Mahesh Machidi” on Telugu 1 TV. With his own concepts, Mahesh interviewed many celebrities like RGV, Lakshmi Parvati, k a Paul. He cast as a hero in the movie “Premani Parichayam Chesave “under the Mango music acted in “Ninne Chusane O Pilla ”  Album song. He then started his own traveling show”Life is traveling” to make the best memory forever with the help of Sneha holidays; he has traveled to Goa, Himachal Pradesh, Kulu Manali, Shimla, and Dubai Europe.

Mahesh is acting in many movies as Hero along with promotional events, interviews, and college shows. During the promotion of the movie the wife of ram, Manchu Lakshmi was very close to Mahesh. Thereby increasing contacts with celebrities in the industry made him a hero. The Kannada movie titled Gang and another movie Shhh will be released in OTT in multi-languages. Currently, Mahesh is acting under top directors for two movies.

Mahesh’s ultimate goal is to become Top Hero in the industry though he is performing his role as anchor, model, Event organizer, Interviewer. Though few movies became a disappointment to Mr. India Karnataka never got discouraged and worked with double energy to reach his target.