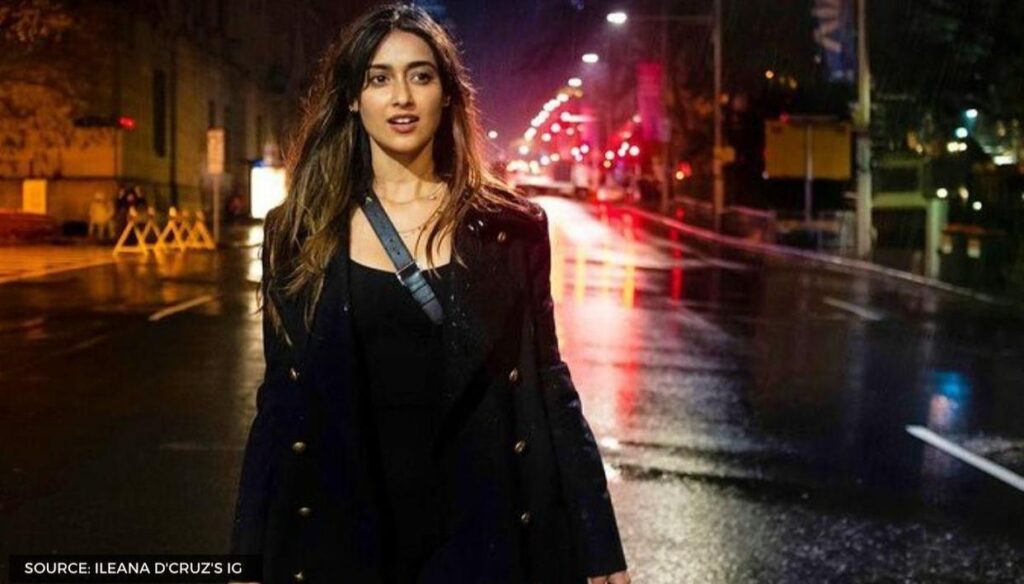 Ileana D’Cruz is a Vision in White

Ileana D’Cruz is an Indian film actress who was born in Mumbai, Maharashtra and brought up for some years in Goa. While she was in Goa, a hotel manager coaxed her into taking up modelling as a career and even introduced her to model-actor-ramp choreographer Marc Robinson. Ileana regards her first portfolio as a disaster, yet she landed in ramp shows and photoshoots.

She did her own death-defying stunts. Ileana predominantly appears in Telugu cinema. Ileana debuted in 2006 in a Tollywood romantic film named ‘Devadasu’, for which she took acting lessons from Aruna Bhikshu. Before coming in to film industry, Ileana Dcruz did photoshoots and ramp walks. Ileana has also worked on product advertisements. Some of them are Electrolux, Emami Talc, and Fair & Lovely cream.

Ileana D’Cruz has been struggling with her body image for a while now. She has spoken about her insecurities with her appearance and often calls herself with names such as weirdo or asking herself, ‘Why am I like this. Over the years, Ileana has learned to accept her body type and still overcoming her insecurities. The actress has now admitted that she suffers from body dysmorphia. She said that there are days she feels disgusted when she looks at herself in the mirror.

“That’s the problem with body dysmorphia. No matter what size you are, no matter what number you are on the scale, you will always find fault with yourself. And the problem is you end up asking people to validate your fears,” Ileana D’Cruz told Hindustan Times.

The 34-year-old actress had spoken about her body image issues back in 2017 and since then she has been talking about it on social media as well. However, she is yet to accept everything about herself.

“There are days when I look at myself in the mirror and I am honestly disgusted (laughs). But the difference now is that I make it a point to look at myself in the mirror and find one aspect, one feature about me that I love or like,” Ileana said adding that she feels better when she focuses on the good rather than pointing out the flaws. She said, “everyone who struggles with accepting themselves should try this, too.”

Last year, Ileana had made a candid confession on social media, with a monochrome picture she posted on Instagram where she strikes a pose in a bikini. Tagging herself as ‘beautifully flawed’, Ileana had written, “I’ve always worried about how I looked. I’ve worried my hips are too wide, my thighs too wobbly, my waist not narrow enough, my tummy not flat enough, my boobs not big enough, my butt too big, my arms too jiggly, nose not straight enough, lips not full enough… I’ve worried that I’m not tall enough, not pretty enough, not funny enough, not smart enough, not ‘perfect’ enough.”

She had further added, “Not realising I was never meant to be perfect. I was meant to be beautifully flawed. Different. Quirky. Unique. Every scar, every bump, every ‘flaw’ just made me, me. My own kind of beautiful. That’s why I’ve stopped. Stopped trying to conform to the world’s ideals of what’s meant to be beautiful. I’ve stopped trying so hard to fit in. Why should I? When I was born to stand out.” Ileana D’Cruz is an avid social media user. The actress enjoys a massive fan following on social media. Recently, she shared a series of pictures from her photoshoot. We can see the actress posing in an all-white ensemble. She donned a white bralette with a shrug and skirt. Her hair was left open and she opted for a layered necklace.