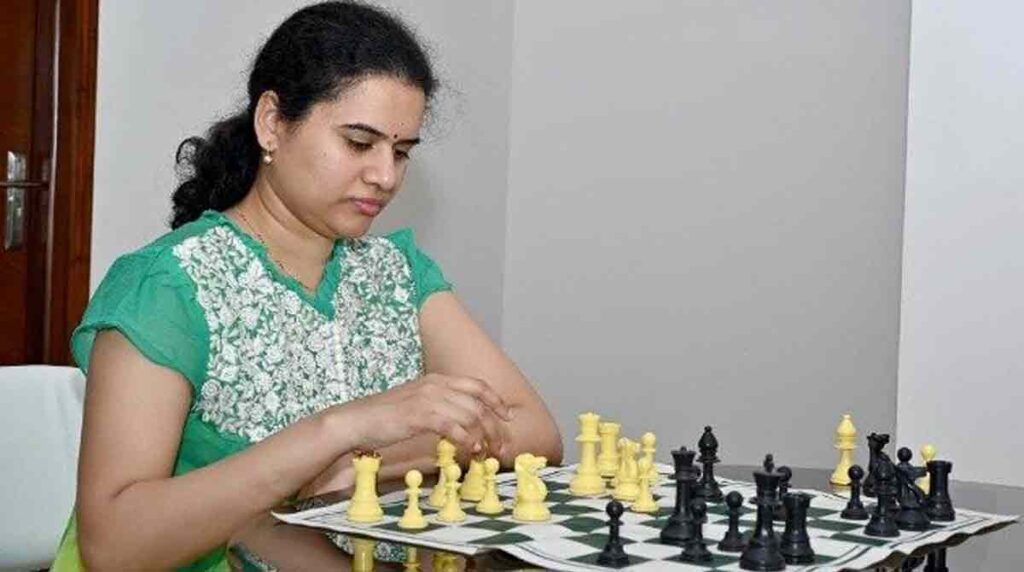 The recent victory of 16-year-old Rameshbabu Praggnanandhaa who defeated world champion Magnus Carlsen has brought chess back into the headlines in the national media. It is India’s good fortune that the country has produced some very talented players who have had a huge impact internationally. Hailing from a family of chess players, Pragg is called the fifth-youngest person ever to achieve the title of Grandmaster. At that time he was 12 years, 10 months and 13 days old. If he continues to work hard, India can expect many laurels from him and also from other upcoming young players.

From Andhra, there are players such as Koneru Humpy, Pentala Harikrishna and Harika Dronavalli who made their mark at a very young age and rose to the topmost rungs of international chess.

In world chess, Koneru Humpy needs no introduction.  She is widely recognised as one of the most brilliant women players to have emerged from India and a complete list of her achievements is mind-boggling. After winning world titles in the girl’s categories, she became the Junior World Champion. She was coached by her father Koneru Ashok. Thereafter she became the youngest ever girl to attain the title of Grandmaster at the tender age of 15 years, one month and 27 days, thereby eclipsing the record of the legendary Judit Polgar of Hungary. In 2019 she added one more feather to her cap by winning the World Women’s rapid chess championship.

In 2020 she was voted Indian woman sportsperson of the year in a BBC poll. Voters chose her over the other contestants who were well-known sprinter Dutee Chand, Olympics shooter Manu Bhaker, Olympics wrestler Vinesh Phogat and Indian women’s team hockey captain Rani Ramphal. Humpy has also been honoured with the Arjuna Award and Padma Shri. She is now India’s highest-ranked woman chess player with a world ranking of No. 3.

But more than all this she is a friendly and approachable person with no airs of being a celebrity sportswoman. When siasat.com asked her how and why India tends to produce so many top-class chess players this is what she said: “In India, if good chess players are coming up, it is due to keen interest, hard work and passion for the sport that exists in some places in our country. Take Tamil Nadu for instance. In Tamil Nadu, for many years a deep-rooted chess culture has existed. Most of our top players and many Grandmasters have emerged from here. Many years ago, there was Manuel Aaron who ruled the national chess scene for a long time. He was the first player to attain the International Master title from India and was one of the key figures in introducing international chess practices to India. As in most things, a good beginning leads to further success and so the sport has grown in Tamil Nadu,” said Humpy.

“Later came Viswanathan Anand and everyone knows what he has been able to accomplish. They have a good training system and there is a lot of interest in chess among the youngsters in Tamil Nadu. There are some good training academies and good coaches. That is why I am not surprised that another gem like Rameshbabu Praggnanandhaa has been unearthed,” said Humpy.

“In Andhra too we have several talented players. When Harikrishna and I were coming up in the sport we worked very hard, put in a lot of effort and we were lucky to get tremendous support from our coaches and family members. But of late, the COVID pandemic has hit the schemes that are trying to promote chess. But we have to plan our training programmes better like Tamil Nadu,” Humpy said.

When asked which country in the world has the best chess coaching and training system she said: “China is undoubtedly the leader in this respect. They are very professional. They groom their champions in a thoroughly scientific manner and that is why they have achieved so much success. Russia too is very good. They have a long tradition in chess and there was a time when many world champions had emerged from Russia. Even now their system is very good.”

When Humpy was asked about sponsorship in chess, she said that for some time the Government had provided good support. Obviously, if players have to travel to foreign countries to take part in tournaments, there will be considerable expenses. “There was a phase when we received good support from the government,” said Humpy, who has been an employee of ONGC since 2006.

“On the whole, I think chess has a bright future ahead since we not only have talent but also our federation is taking the right steps to groom players. The All India Chess Federation has been conducting camps and has provided airfare for our players when they go abroad to take part in tournaments. A lot is being done to help promising players so I think India will rise further in the chess world,” concluded Humpy.