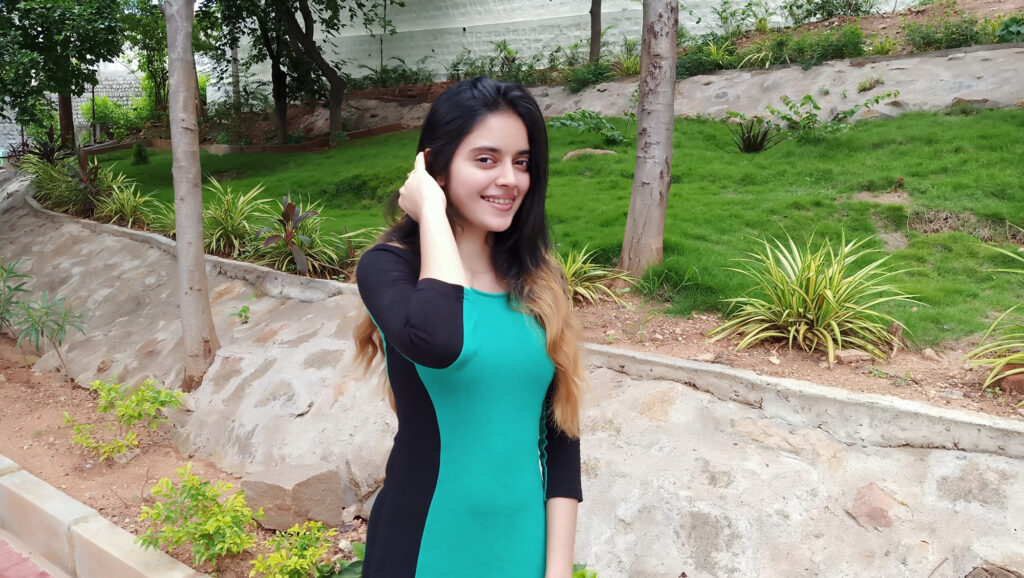 Kushitha Kallapu, known for Her Beautiful Persona and Lifestyle Influencer on Social Media to Film Industry.

Kushitha is a famous social media actress who became a celebrity now by her own style of making videos & postings of Reels. She is a very known following person by her Insta & FB fans in Telugu film industry, Initially, she started her carrier with her own style of cover songs & short videos, her performance & dedication shows her ease to became an actress in the industry, Her own aided acting skills & dance performance makes her debut in Tollywood industry by web series ‘3G’.

One of the most achievable things was she grabbed an opportunity in small age it’s very great to get like that, Her cover songs & expressions level reels make her follow many celebrities, sometimes some of her updates became viral on social media.

Next level of confidence & attitude of style, talent carpets her to Tollywood & to celebrity zone, her own makeovers steps to get good optimal opportunities in the industry, her adaptable lifestyle & dedication makes more people select for characters in films, she own style of plans & moves makes her most desirable celebrity list in the industry.

Kushitha is a great lover of dogs, she had seven dogs in her home and she has joined hands to protect street dogs, but also works on a noble cause of protecting them. Kushi credits her cool-headed attitude to spending time with her pets. “Apart from spending time with my family, I say my ‘me time’ would be bonding with my pets. In fact, the first thing I do after returning home from college or shoots is checking out how my pups are doing. I feel there is a sense of comfort and a positive vibe instantly whenever I see my pets,” she mentions, adding, “My true emotions come out when I am with my pups, and I can be myself with them.

Finally, to say some of her followers take inspiration from her and making a move to the industry with positive clues, her achievements make her future famous stardom & more success in life,

We / (Lakkars) congratulate of her success up to now & all the best for her future endeavours…!!