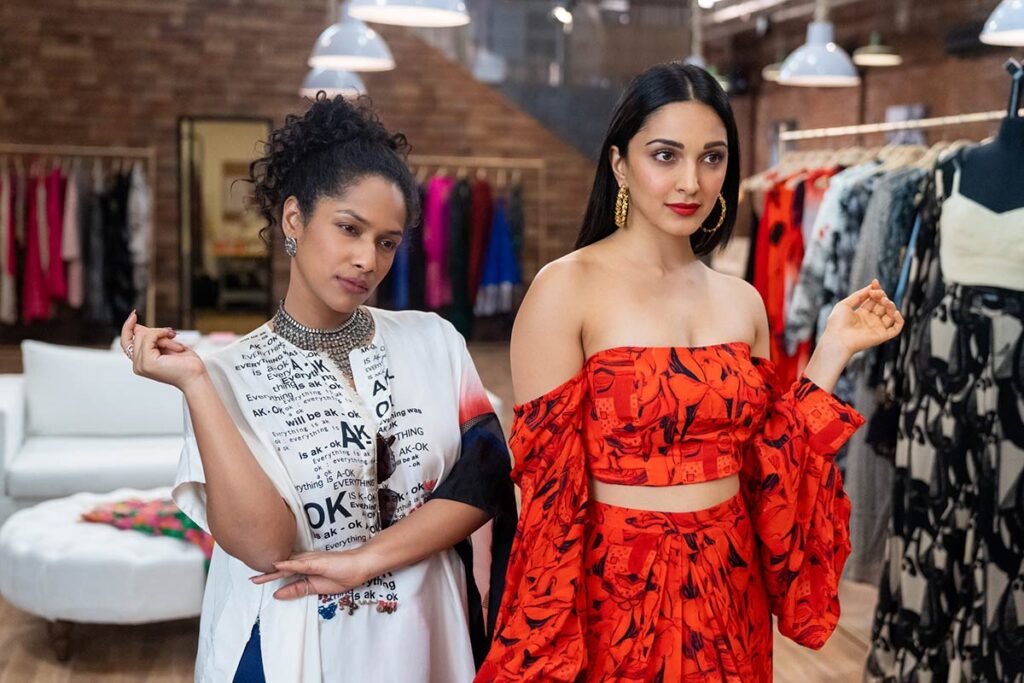 Fashion designer Masaba Gupta believes the time period of the 1970s continues to have an impact on pop culture as the era was devoid of any creative influences with everyone expressing themselves freely. The couturier, who owns the label House of Masaba, on Saturday unveiled a collection at the season-fluid and virtual edition of Lakme Fashion Week (LFW) where disco ’70s met the millenial 2020s to present a range of print absorbed headphones from audio brand boAt.

“The period signifies a lot of freedom. It was in the way the people dressed to express them. There was a lot of focus on colours, print, and pattern. It was like the coming out of human civilization. It didn’t have any creative influences. It was like a fearless form of fashion,” Masaba Gupta told in an interview. The Mumbai-based designer said coordination was the biggest challenge while preparing the limited-edition collection in the middle of the coronavirus pandemic.

“We were not really in the office. Everything just slowed down – our printers, vendors, etc. What took us two-three months, now took us around six months to be completed. Imagine anything being cut into half overnight. It’s tough because you also have to figure out to keep the momentum. Everyone will look at a leaner, effective way to run their brands.”

Asked why she chose to modernize the traditional Aztec pattern, the star and ‘power-flower’ to design her new clothing line, Masaba Gupta said the collection is aimed at the young customers. “This is a way of giving them a taste of what those designs have been like but also saying that they may have a very modern and evolved gaze. We are making sure they get the best of both worlds.”

The 31-year-old designer said as many associates her label with bright colours, this time they went for some muted tones like black and white, tan brown, red and green, purple, among others, to give a twist. “Everyone associates me with really bright colours, so we wanted to be a little more different and try and show them that we are also capable of doing something that stands out in a very subtle way. So the prints here stay in the focus and colours take a back seat.”

Masaba Gupta, daughter of veteran actor Neena Gupta, recently made her acting debut with Netflix’s “Masaba Masaba”, a scripted series based on real-life moments from her life. The show, also starring her mother, garnered generally favourable reviews. Asked about her future plans as an actor, the designer said she would like to try her hand at fiction.

“Acting is something I enjoy doing. I love being in front of the camera. The plan is that if I find something worthwhile in fiction, I will do that. I want to pursue it with as much gusto as I did my fashion career,” she said. The season one of “Masaba Masaba” ends on a cliffhanger and, like viewers, Masaba Gupta is also hoping for a renewal.

“Fingers crossed that there will be a next season, (but) nothing is planned right now,” she added.