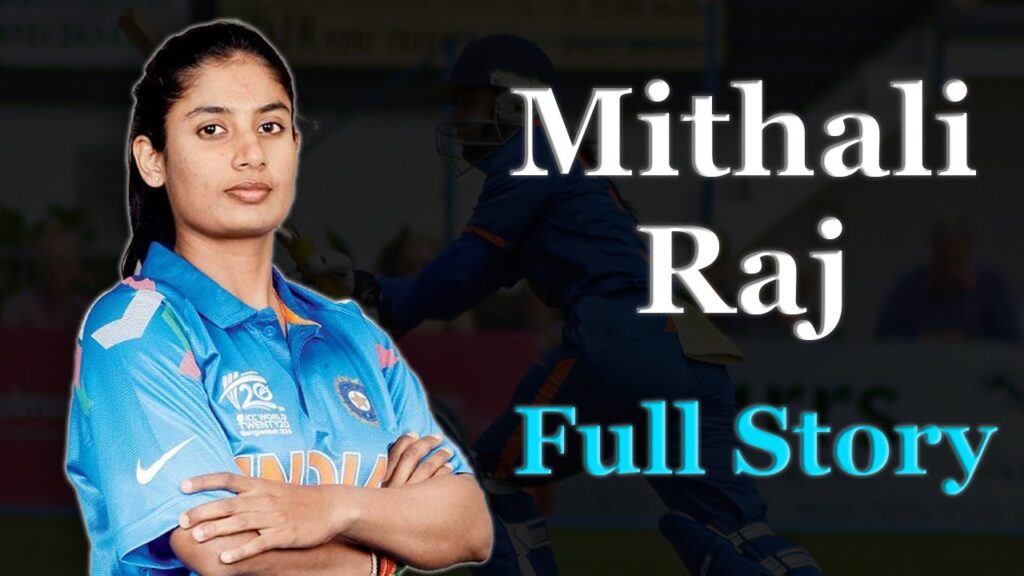 “This time I get to take both my mom and dad,” Mithali Raj divulges before she bursts into laughter.

It all started in 2003 when she was recognised with the Arjuna award for outstanding performance in cricket. Mithali’s father Dorai Raj accompanied her to the Rashtrapati Bhavan while her mother Leela Raj skipped the event to look after their “dog”.

“When I won the Arjuna award, I took my father. That time my dog was having a baby. So, my mother could not come,” Mithali shares with Outlook India.

Twelve years later Mithali Raj, an established name among the masses, was named for the Padma Shri, the country’s fourth-highest civilian award.

Since her dad had already visited the presidential palace, it was time for Leela to travel with her daughter to New Delhi.

“When I got my Padma Shri, I told my mother that mumma this time you come along with me because dad finished his trip,” Mithali chuckles.

Back in present, Mithali, India’s Test and ODI captain is among the unparalleled 12 athletes who will be conferred with the Major Dhyan Chand Khel Ratna Award for spectacular and most outstanding performance by a sportsperson. The National Sports Awards 2021 will be presented on November 13.

Mithali, who is in Pune for the ongoing Women’s Senior One Day Trophy, says “This time around I get to take both of them (parents)”.

“It’s a very different feeling for parents to see their child getting this award (Khel Ratna) from the head of India. When you enter the (Darbar) hall you feel like you are transported in a different world altogether, especially for parents.”

Leela and Dorai Raj along with her brother Mithun are the main drivers of Mithali’s career.

“Not many people know that I have an older brother (Mithun). Everyone thinks that I’m the only child because of the amount of attention my parents have given me to make my career.

“All of us as a family have sacrificed a lot during my journey as a cricketer,” she says, adding, “I think as parents I’m sure they would be happy to know about the Khel Ratna”.

Having represented India in 220 ODIs, 12 Tests, and 89 T20Is, Mithali is synonymous with women’s cricket in the country with kids idolisng her. She understands the value of the Khel Ratna Award as hopes that it “inspires young girls” to take up cricket.

“Anything first is a nice feeling. It is a very surreal feeling. If only this award can inspire more young girls to take this wonderful sport, which has given me so much in all these years.”

Mithali Raj, the leading run-getter in women’s international cricket, recently returned to India after playing a multi-format series, which included the historic pink-ball Test, against Australia.

She along with her teammate Jhulan Goswami and BCCI Apex Council member Shantha Rangaswamy took a lap of the Eden Gardens on November 2, 2019, when India men’s team played their historic first-ever pink-ball Test against Bangladesh. Who would have thought that two years later both she and Jhulan would actually play a pink-ball Test.

“During that time (India men’s match against Bangladesh) I was like will we ever get to play it. Thanks to (BCCI Secretary) Jay Shah we actually got to play (against Australia). You know when he announced on Twitter, I was one of the happiest. It was an experience for me and for the girls with the pink ball. BCCI gave us a series to prepare for the World Cup (2022 in New Zealand).

“Honestly, I was so happy to play that pink ball Test even if it was just one Test in the bilateral series. This year we had two test Test matches – one in England and one (day-night Test) in Australia. I have played cricket for 22 years but this was the first time that I had played a day-night Test.”

India women’s team earned the bragging rights in the drawn pink-ball Test against Australia, with the national side’s inspiring performance against the hosts.

“You can see the difference in the team. What it has become in these last two-three series. They have shown they can be world-beaters. We got these opportunities because of BCCI. I mean getting two series wherein we have three formats! BCCI is doing a great job.”

She highlights that the standard of women’s domestic has improved manifold, with teams reaching the 200-run marks and individuals scoring hundreds.

“I told my dad the other day that this is the second season of domestic where I get to see every team scoring 200+ runs. Some of the teams are able to chase it too. Every team has a player who has scored a hundred. There are so many hundreds now. That itself reflects domestic standard has improved.

“A few days back there was U19 Challengers (Women’s U19 One Day Challenger Trophy) going. I got to know U19 Challengers is on. BCCI is doing a great job in giving these players the opportunity and platform. The more the girls play these matches the better they will get and the wider the pool will be.”

Mithali Raj, who made her debut on June 26, 1999, surpassed master blaster Sachin Tendulkar (22 years and 19 days) to have the longest career across men’s and women’s cricket.

And now she joins the illustrious list alongside Tendulkar, Mahendra Singh Dhoni, Virat Kohli and Rohit Sharma, becoming the first and only woman to receive the Khel Ratna award.

“I have admired Sachin for many reasons. Like his batting is incomparable. He has been my role model and inspiration when I started to take up the responsibility of the team.

“I have always looked up to him the way he carried himself as a player and how even with the entire country were on his shoulders and yet he went out there and kept performing for the team.

“I think that in itself is an inspiration. Everybody regards him as the God of cricket. So being alongside him I definitely feel a bit special to be on that list. But nobody can ever come closer to what he has done for the sport and country,” Mithali asserts.

Mithali dedicates the Khel Ratna to her parents, who actually chose cricket as a profession and her coaches and friends who helped and supported her at different stages. She also acknowledged the senior players who came before her, played for the sheer joy of the game and kept the women’s cricket alive.

“Firstly, I would like to dedicate this (award) to my parents for choosing this profession as a career for me.

“It was obviously not my choice,” she giggles before stressing, “It was my dad’s choice. He would be proud of me. To my mother, who has always been very supportive”.

“To all my senior players, who played the sport before me. With so many challenges they kept this sport alive. To all my coaches who worked on my game at different stages in my career. They have given their time, energy in turning me into the cricketer that I am.

“To my friends, who have been with me in thick and thin, well-wishers and each and every person who has been very supportive whether it is small or in bigger capacity but everybody. I would like to dedicate this award to them.”