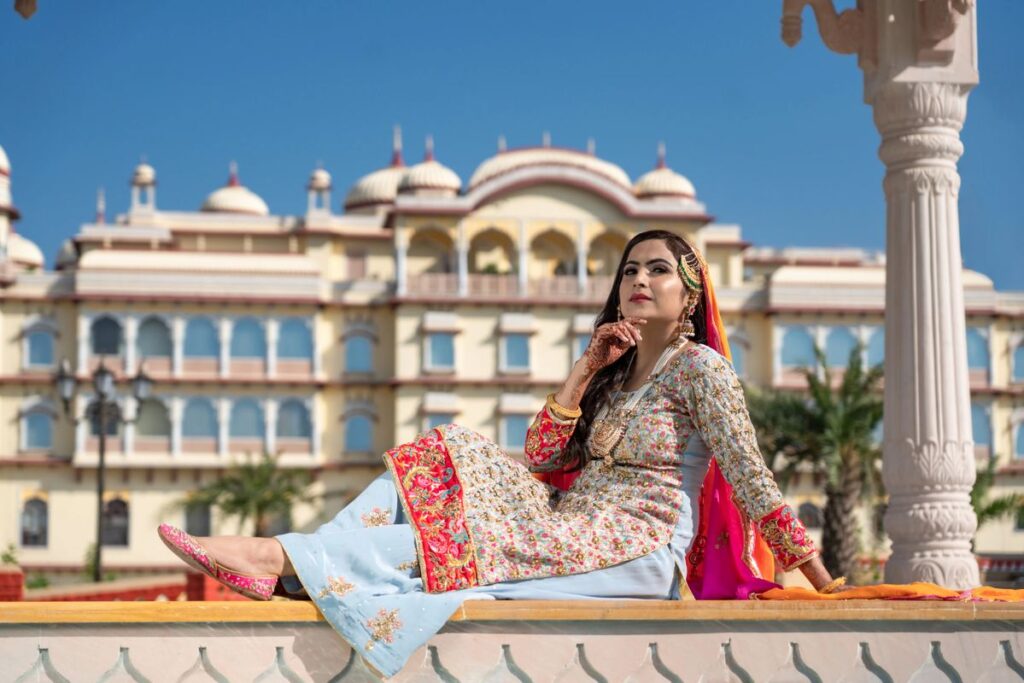 Nimrat has definitely mastered the art of putting together the most perfect colours and patterns, all handwoven with delicacy and detail. Quintessentially traditional, but bearing great modern appeal and sophistication define Nimrat Kahlon’s designs, as her collections feature bright colours, fun textures, and classic silhouettes. Her interpretation of tradition has changed the way people of Punjab perceive fashion.

Nimrat has definitely mastered the art of putting together the most perfect colours and patterns, all handwoven with delicacy and detail. Nimrat has received high praise for high-end capturing of her designs.

“For some reason, I have always felt that it is important for me to bring back all the concepts of traditional clothing that have really made Indian attires win global love, I always wanted to stick to the heritage look, but make them more acceptable by infusing modern elegance and royalty in them,” says Nimrat.

Apart from designing bridal and non-bridal suits, lehengas and anarkalis, Nimrat designs for men as well. She has done grooms-wear, which gained appreciation due to their detailing and out of the box colour concepts. Nimrat seeks to create styles outside the cycle of fashion weeks that favour craftsmanship bearing a timeless appeal. There is a regal twist to the heritage clothing, which is very much visible in the choice of motifs and styles.

Nimrat created a buzz with her first collection surfacing in 2017, paving the way for couture culture in Punjab where most people were into the conventional buying from shops and restricted their buying needs to market availability. Nimrat not only launched a huge range of designs for the buyers to choose from but also offered bespoke clothing, thus making her label win global recognition in a very short duration.

“Punjabi fashion industry has seen a great transformation in the last few years. I believe the major contributors are the fashion lovers who push the designers to think beyond their mental horizons,” adds Nimrat. She also affirms that there is a marked fashion production in Punjab and in years to come she sees expansion to great levels of excellence.