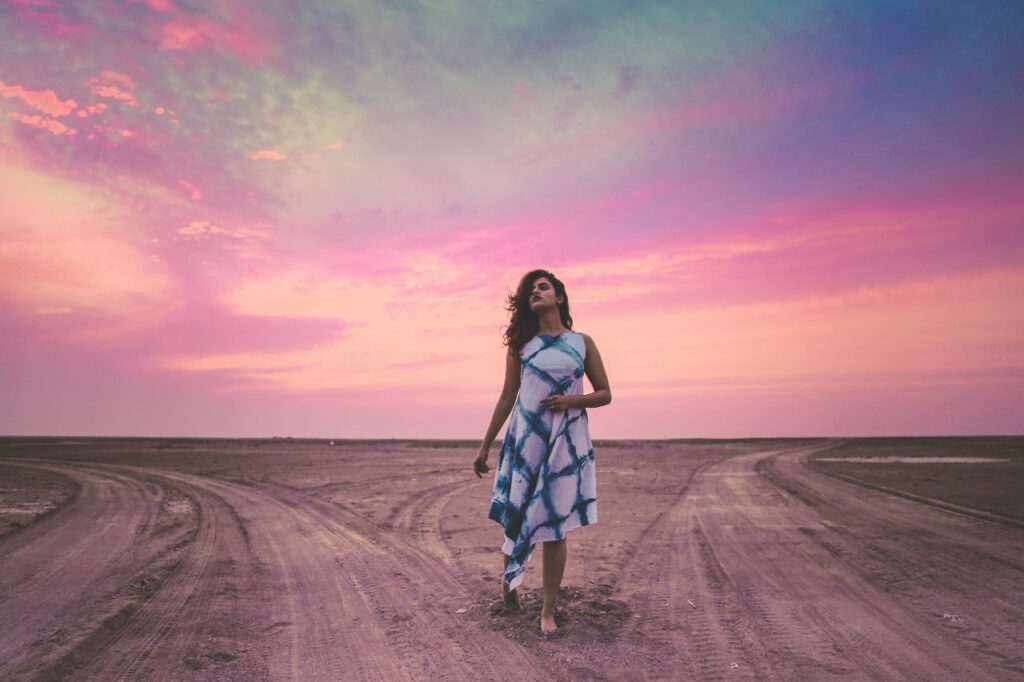 Prachi Thaker is one of those popular faces from the industry who don’t belong to any film background. Hailing from Ahmedabad, Gujarat, Prachi has a girl-next-door image to Telugus. She also well known Indian model and actress with a handful of characters to her credit, she has already won the hearts of many.

Prachi’s father Yogesh Thaker is a Chartered Accountant and mother Falguni Thaker is a beautician and now a homemaker, she took the genes of both and doing well in both field’s commerce and beauty, she also has a younger brother Sheel Thaker. The young and bubbly Prachi is very talented and studied Textile Design at National Institute of Fashion Design, Hyderabad.

She’s been stepping up her game as far as at-home fashion is concerned. The actor has been thinking a lot about dressing up, what it used to mean, and what it means now under lockdown. Her first debut short movie ‘A Silent Melody’. The movie received a whopping 1.2 million views on YouTube and became an instant hit. She also acted in Telugu movies. With her performance, she also got nominated for IIFA Utsavam in Best Supporting Role Category.

She has also done modelling and catalogue shooting for many Couture brands. Prachi is a very simple and easy-going girl. Modelling was her hobby, she has many awards to her name that includes Miss Ahmedabad( Runner-up) in 2010, Miss University Gujarat (Winner ) in 2011, Dabur Amla Asli Star Ki Khoj (Winner), Miss Spectrum NIFT Hyderabad (Winner) in 2013, but soon it became her profession.

As of now, she works as a freelance designer and couture modelling. Soon, she is willing to start a label which promotes the hand-loom & traditional Indian textiles once she gets a good establishment in the industry, as people should have awareness about it as it’s our national treasure and it’s scarce. Fashion is not only new designs or silhouettes but aiming to rediscover the lost tradition in a way which creates a cultural appeal.

Prachi mentioned in an interview that among the reasons for her sabbatical from cinema, “Instead of running from anxiety, I let it pass through me, and began finding my peace in both my personal and professional life. I understood that it is necessary to communicate and connect with people. Now, I am in touch with a lot of people who I feel comfortable with,” she says and adds that she understands that not everyone grapples with such adaptation problems.

“I low-key envy those who come in, so sure of what they want and how they want their journey to be. I am still learning and wish I had learnt such things faster. But I am at peace with my pace of growth.”

Prachi is a meticulous planner and believes in giving her best in whatever she undertakes to do. This is the spirit with which she balances her work and personal life effectively and excellently. Prachi was blessed with exceptionally good looks, talent and family support at the start of her career but she has always believed that hard work has a major role to play in success. She has worked dedicatedly towards pursuing her goals and ambition.

Actress Prachi believes that you may be endowed with everything but you can never do without putting in a good measure of hard work to achieve your goal. “There is no substitute for hard work if you want to be successful in life!”