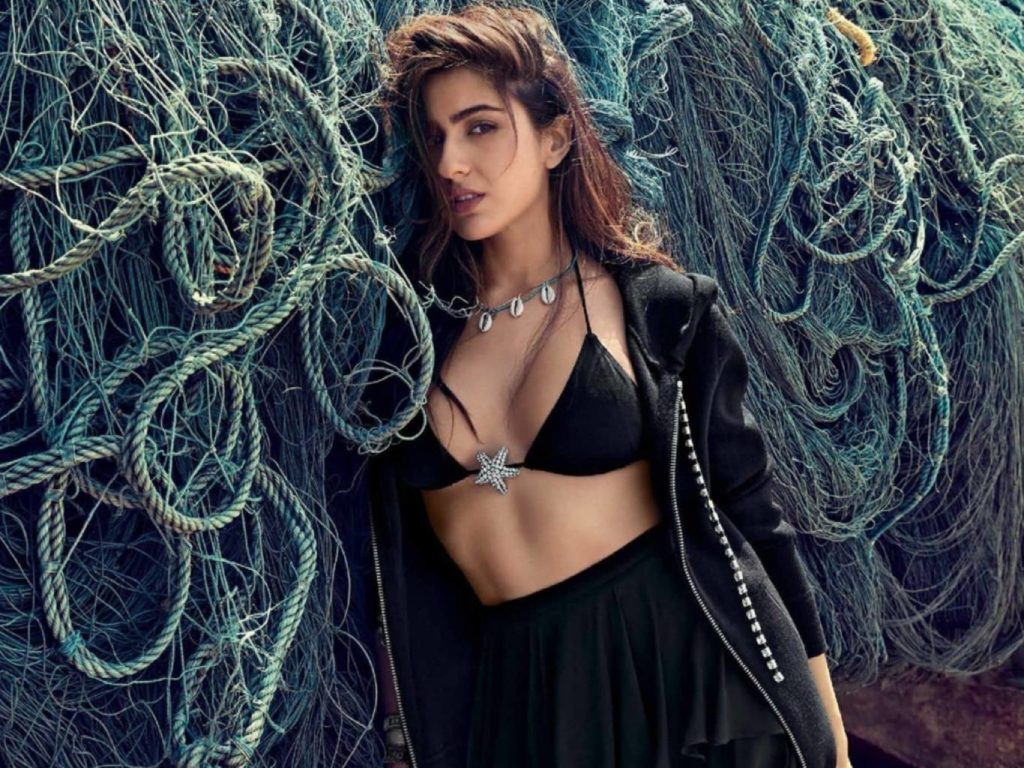 The belt added to the look and so did the heels with a pop of yellow color. In pictures shared by her, the actor is giving us all the inspiration we need to nail the retro vibes! On the work front, Bollywood's buzz girl Sara will be seen in Imtiaz Ali 's romantic flick alongside Kartik Aaryan and with Varun Dhawan in Coolie No.1, respectively. With a trail of promising projects, both the films are slated to release next year. Sara would also be seen in Atrangi Yaari along with Akshay Kumar and Dhanush.

Ever since the announcement, the fans are waiting to see her on-screen. Popularly hailed as the buzz girl of Bollywood for being the talk of the town with her presence and work, Sara’s debut with Kedarnath was immediately followed by Simmba which went on to become a box office hit as well. The actress is on a winning spree on all fronts- from being the best debutant to sweeping us with her persona, ara Ali Khan definitely knows how to kill it in style with her promotional looks as well!