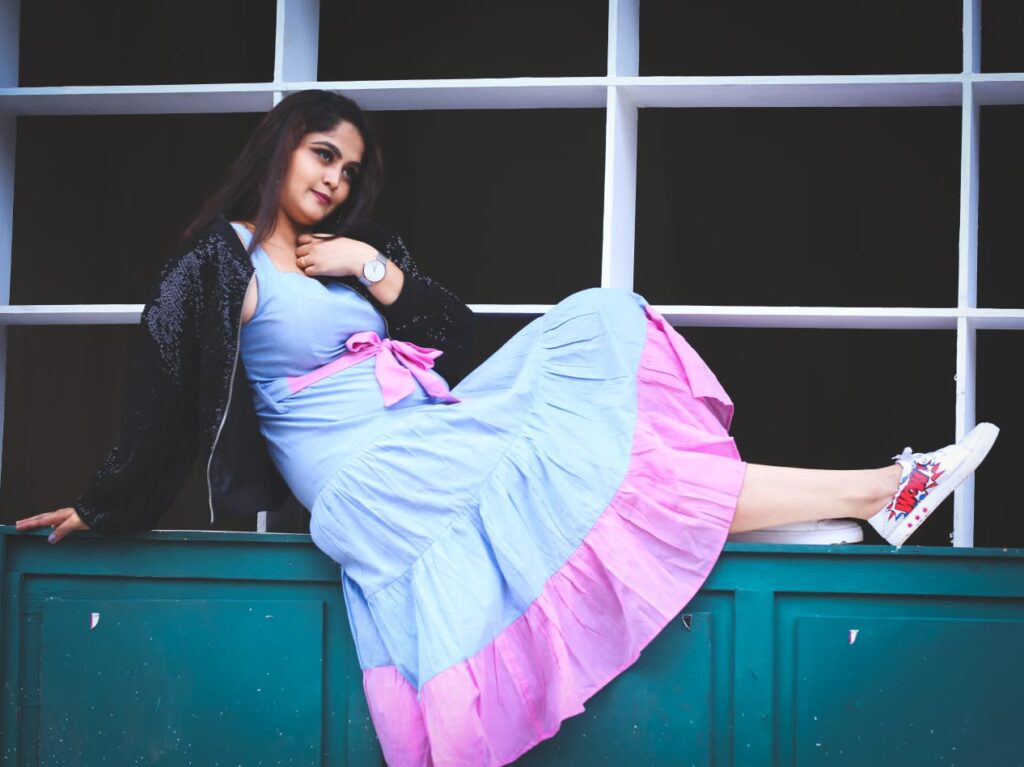 At some point in time in our life, we all have been hooked to television serials. Be it the storyline, favourite actor/actresses, clothes, and makeup, or even just for time pass. The television shows have been a big-time friend of all the homemakers, giving them something interesting to look forward.

Some stories are interesting, whereas some turn drab and boring, but we strongly feel that it takes the heart and soul of every artist to give life to the fictional characters. And that is why we are here sharing with our readers the fabulous Sindhura Dharmasanam television actresses who have conquered our hearts and rule the TV just like the Bollywood actresses who rule the silver screen.

Sindhura is one of the most successful and beautiful young actresses in the Television Industry. Sindhura is just 27 years who was born on 21 May 1993 from Hyderabad, India. She is a Telugu actress but holding many awards for her immense performances. She got her first break when she was cast in Gangatho Rambabu which is a comedy serial and is a top-rated serial.

Sindhura is an actress and fashion influencer who has made a successful transition from being a child star to an adult celebrity. She debuted in the short films as a child artist. And she acted in documentaries which she received UNICEF award at only eleven years of age.

Along with natural beauty, this actress has been blessed with alluring acting skills that made her popular and most wanted TV actress. Unlike Bollywood films the TV shows are directed for long, taxing hours and can be demanding for the star cast. But still, the actress never fails to beam the show and that’s the reason which made her favourite of all. She is beautiful, talented, and worth noticing, she knows how to glue us to the television and we feel her hard work and struggles have brought her to the pinnacle of her career.

It was her mother who watched her closely and suggested that she should explore the performing arts more. “It’s my mother who has always pushed me to learn new things. Even my mother would say that I was good at expressing emotions, and this helped me gain confidence. I started giving auditions for TV shows”.

She prefers to look at the bigger picture — she has reached a million Fans in just about a few years of being on Television shows. “I wouldn’t let the small fraction of haters out there have the power over me to choose whether I’m happy or not,” she said. “They don’t speak for the millions of good, kind people that do support me.”

She was always the funny girl in class but never thought that she’d have a career in entertainment. Sindhura said, “My family wasn’t shocked by my success, but I was. But they just knew I’d do something in entertainment. When I was younger I had a gut feeling that I was going to use my personality in some way, but I didn’t know-how. But I always had an outgoing personality. That was the one thing that I was known for.”

“People see what happened to me (success) and they want to hate me. But I don’t get it. When I was a fan, and I saw people I was fans of getting success, I was genuinely happy for them,” Sindhura said.

So what’s next for Sindhura? When we asked her about her future, she said, “My goal in the future is honestly just to be happy. That’s it. I try to live in the moment.”

Sindhura is trying hard to achieve her goals and to make herself feel proud. As she is well known because of her flawless skin and versatile acting. So this girl is career orientated and knows well how to work. She’s currently working hard to cope with the upcoming new Actresses as well and must be coming up with something amazing.

South India is a place where women are really powerful and they are dominant over the media industry. New dramas, films, tv serials and music videos are coming day by day and it is due to the women there living are so talented that they are always craving for popularity and knowing able.