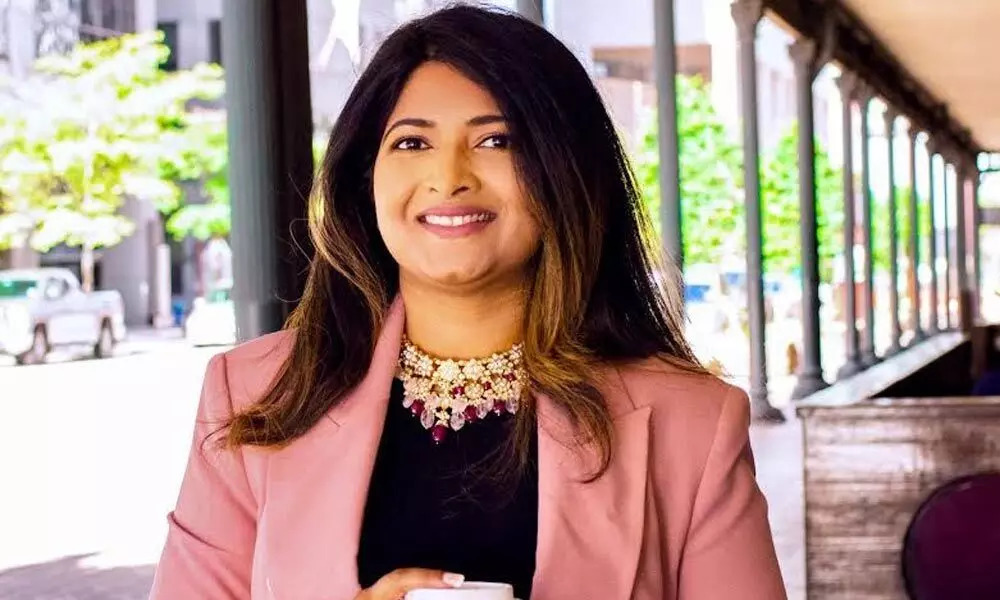 When Sunaina Ramisetty was pursuing her master’s in chemical engineering from Florida Institute of Technology, she began exhibiting a few sets of jewellery that she had put together to earn some extra pocket money. To her surprise, it turned out to be a huge success.

A decade later today, she is running jewellery brand ﻿Tarinika﻿ that is getting a lot of love and attention from customers in the US and India. In 2017, she ventured online with just $500 capital where the brand sells contemporary jewellery online in the US and India – where it has opened several stores as well.

Working with 35 odd designers, Sunaina says, Tarinika would not have seen the light of the day if it wasn’t for her brother who oversees all the backend work — from manufacturing to shipping from their factory in Kolkata.

“I didn’t expect to do that well in the first year of going online because people don’t know who we were as a brand, but we clocked a total revenue of $300,000. We pushed my brother into manufacturing because the scale was huge,” she says, adding the brand now has eight manufacturing units that employ around 3,000 workers.

When Sunaina signed for a two-day show in 2009, she was hoping to earn roughly $500 to meet her monthly expenses in the United States. To her surprise, all the products, which were mostly sterling silver, were targeted at western audiences and they got sold out within six hours and she returned with $5,500 on the first day.

“I realised there was so much scope, especially because the local competitor brands in the US were selling at insanely high prices that were ten times higher than in India, which I felt was not fair,” she says. Over time, Sunaina saw a huge ‘white space’ for Indian jewellery to tap in the US.

She noted that Indian women would make up for 60-70 percent of the audience in most jewellery shows, “which means they don’t mind spending.” She later learnt that most of the NRIs would order jewellery from India but faced unpleasant shopping experiences.

The purchasing options included either smaller brands in India via social media, followed by inefficient communication or established brands that are too expensive.

This prompted Sunaina to launch an online store. She registered the brand in 2017 and started operating commercially in the following year to offer high-quality Indian jewellery at affordable prices.

For the first year and a half, she ran the show with the help of a marketing consultant and her husband who helped set up the ecommerce website.

Ironically, 100,000 out of some 300,000 orders came from India, which opened a whole new market for Tarinika. Today, it has several stores across India and Sunaina plans to move to India soon to scale its retail business. This year, she also launched a new sub-brand called Paksha.

Priced between Rs 500 and Rs 5,000, it offers traditional Indian jewellery like Maang Tikkas and Daminis, bangles and bracelets, and anklets, among others. Sunaina plans on boosting its offerings below Rs 2,000 to further attract customers in the fashion jewellery segment. Other brands operating in the market include Pipa Bella and Sukkhi.

Being an ‘ambitious woman’

Jewellery has been a part of Sunaina’s life for as long as she could remember, thanks to her father who sold pearls and other jewellery from a humble retail store in Hyderabad.

A high school graduate, he moved to Kolkata in the 1990s where his jewellery business proliferated and won B2B clients like the Pantaloons from a pool of hundreds who were pitching for the opportunity.

“He was always travelling, worked really hard, and is definitely a big inspiration for me. I grew up seeing how the industry worked by visiting shows in Singapore, Malaysia, and China,” she tells.

From her father, she also learnt never to shy away from being ambitious, although that did not sit well with society. She had often been guilt-tripped for continuing to run the business as a young mother and frequently faced questions around how she could leave a six-month-old behind at home and focus on the work. With the vision for Tarinika in sight, Sunaina remained undeterred.

In fact, the first inspiring woman she had come across in person was Mother Teresa when she volunteered at the missionary in Kolkata. “It really made a huge impact because it made me realise that women can do all this and be powerful,” she says, adding the experience inspired her to launch Tarinika Foundation that supports people from underprivileged backgrounds through mentorship and facilitating various professional opportunities.