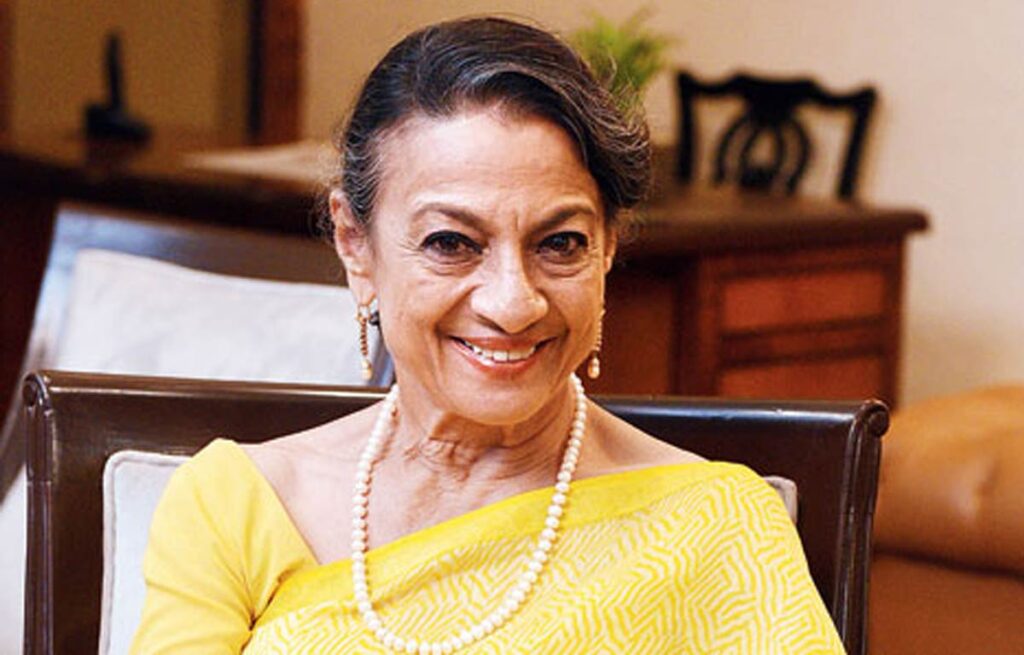 Calling Tanuja the legendary Nutan’s sister or Kajol’s mother is an insult to her unplumbed depths of self-expression. Tanuja was always the odd one out. The one who did what she wanted, when she wanted and didn’t give a damn about success or stardom. This is why in spite of superhit films like Jeena Ki Raah, Haathi Mere Saathi, Do Chor and Hamrahi (watch her extraordinary comic timing with Randhir Kapoor in this one), Tanuja was never acknowledged as a topnotch star-actress. On her birthday September 23, Subhash K Jha brings Tanuja’s 5 finest performances.

1. Anubhav (1971): As Mita, the neglected wife of Amar (Sanjeev Kumar), Tanuja was such a natural, it didn’t feel like a performance at all. This is easily the cornerstone of Tanuja’s career in Hindi cinema. And if you see the film now, you will realize how uninhibited and spontaneous she really was. After doing the first part of Basu Bhattacharya’s marital trilogy why did the director shift to Sharmila Tagore in Aavishkar and Grihapravesh? Tanuja made an endearing enlightened screen pair with the great Sanjeev Kumar in Uss Raat Ke Baad, Bachpan and Priya. Sanjeev apart Tanuja never sought or got a hit pair with any A-list hero.

2. Jeene Ki Raah (1969): One of Tanuja’s biggest hits in Hindi cinema Jeene Ki Raah featured her as an emotional wreck who finds solace in Jeetendra’s arms. It was a tender, gentle performance quite effortless removed from the tomboyish bindaas image Tanuja cultivated through roles that didn’t require her to play the typical Hindi film heroine, probably because she wasn’t one. Though the film was a superhit, Jeetendra preferred to pair up with Mumtaz and Hema Malini.

3. Baharen Phir Bhi Ayengi (1966): Though the story of two sisters both in love with the same man (Dharmendra) revolved almost entirely around Mala Sinha’s character, Tanuja as the younger sister more than held her own. She complimented the leaden sobriety of her screen sister with an infectious impishness. Three years later Tanuja again gave Mala Sinha a run for her money in Paisa Ya Pyar. Rapidly acquiring the reputation of scene-stealer several top-notch heroines were hesitant to have Tanuja around in a supporting role. Dharmendra who did several films with Tanuja (Chand Aur Suraj, Do Chor, Izaat) considers her one of his favourite co-stars. “I had the rare privilege of working with both the sisters Nutan and Tanuja. They were both powerhouse performers. You can’t compare the two sisters. It’s like comparing Lataji with Ashaji,’ says Dharmendra. Copy that.

4. Adalat O Ekti Meye (1982): In Tapan Sinha’s ahead-of-its-times study of rape and its aftermath Tanuja was cast as Urmila a Bengali working girl who is gang-raped during a vacation at the seaside. No, she won’t hush it. She takes on the powerful goons in the court, as only Tanuja can. Tapanda once said he couldn’t have made this hard-hitting drama without Tanuja. Wonder why he never cast her again.

5. Pitruroon (2013): In this Marathi gem, Tanuja is cast as a rural widow Bhagirathi who challenges many of the decadent rules of a patriarchal society and emerges a heroine in ways that cannot be defined by societal yardsticks. Actor-turned-director Nitish Bhardwaj told me he wouldn’t have made this film without Tanuja. After watching it, I knew what he meant.