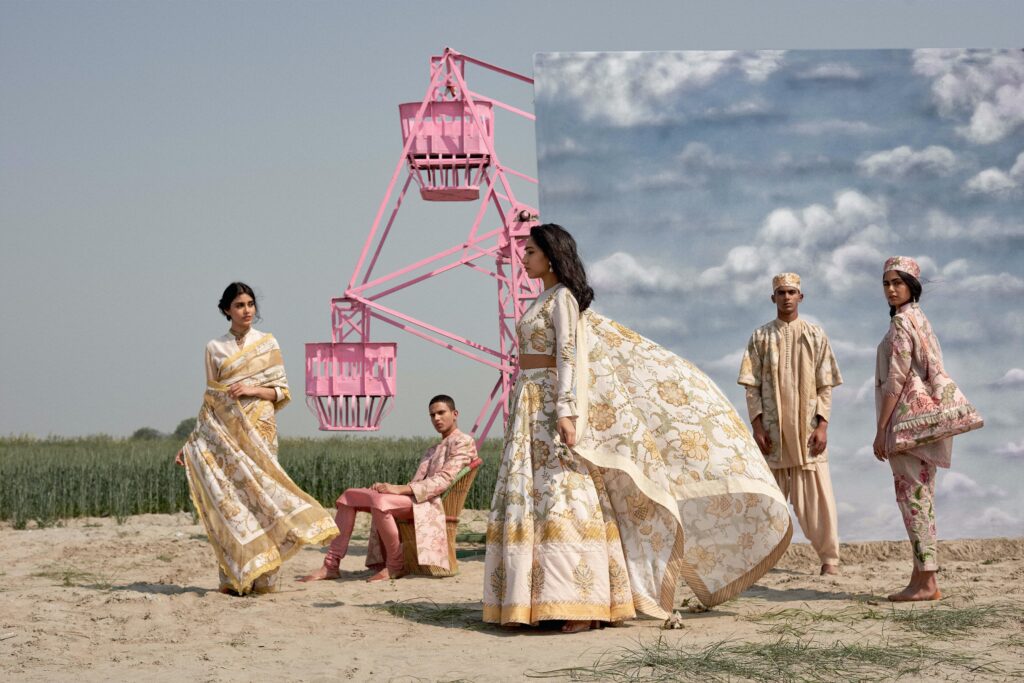 “I look at this difficult time as a time for ‘Manthan,’ [which in Hindi] means a kind of churning that ultimately leads to clarity,” said Suket Dhir, a designer who will be taking part in a show called “All About India” along with five of his peers on the first day of Lakme Fashion Week.

Though many in India’s fashion fraternity are grateful for the outlet, they are quietly concerned that the all-digital format will be replacing what is normally a high-octane event that comes at a pivotal moment in their business calendar. Dhir, by contrast, seems unruffled, almost philosophical, describing the period as “a time for introspection, personal improvement and revaluation.”

India is at a critical juncture in its pandemic crisis and still leads the world in the daily average number of new infections reported, according to a Reuter’s tracker. A two-month national lockdown earlier this year left millions of workers stranded and the local fashion industry reeling from disrupted supply chains and mounting retail losses. Since then local lockdowns, a faltering economy and strict rules on gatherings for events have presented further challenges.

For Dhir, who won the International Woolmark Prize for menswear in 2016 with his alchemical mix of Indian textiles like khadi, cashmere and hand-woven brocades, combined with impeccably relaxed tailoring and subtle details that weave captivating stories through the clothes, this year has been anything but straightforward.

During the lockdown, he volunteered for relief work distributing food to migrant labourers while his team, reduced to a skeleton staff, “took care of the little business that came our way.” Since restrictions were lifted, he slowly got production up and running, though it was fraught with challenges. Now, he says with relief, the rural weavers he works with finally have access to government micro-enterprise loans but at one point, some of his suppliers ran out of working capital, and for a while, he had to provide them with assistance.

If this were a normal year, countless small, independent designers and brands like Dhir’s — and the tens of thousands of people they employ in production, retail, image creation and back-end operations — would be banking on the business that is generated at India’s two biggest fashion weeks. This year, however, things are of course very different and — although designers around the world share common problems caused by the global crisis — those in India often face starker choices than their peers in Europe or the US. India Fashion Week, which is presented by the Delhi-based Fashion Design Council of India (FDCI) and sponsored by Lotus Makeup for the past five seasons ran from 14-18 October. The other event, sponsored jointly by Lakme and IMG Reliance, is normally held in Mumbai and will run from 21 to 25 October. Both are taking the form of digital fashion weeks rather than the usual high-energy physical events, begging the question whether they can provide the level of sales needed to tide designer brands over or prevent them from collapsing.