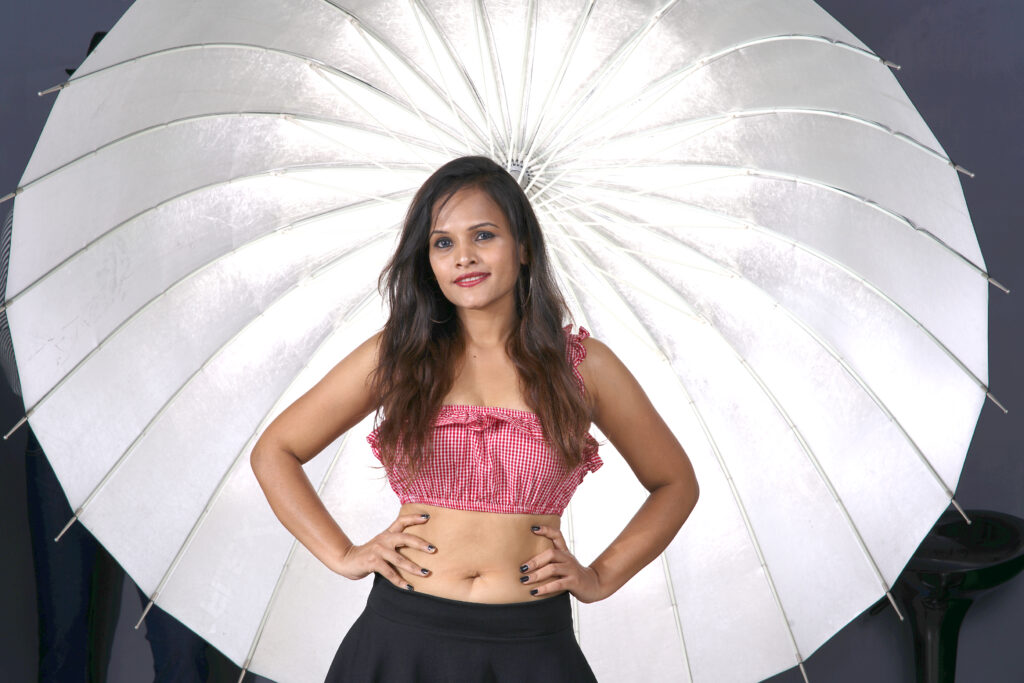 There are times when you stumble upon stories that instil hope in you. The story of Saritha Musuku is one such tale that proves that no matter what the hurdles are if you have the grit, no one can curtail your wings.

She was born with hearing and speech disabilities which threatened to halt her journey towards success. Today, Saritha is a successful Indian model who has managed to carve a niche in the world. She has participated in the Miss India deaf and dumb contest representing India.

But in the beginning, In her Modeling carrier, she had to face innumerable taunts from inconsiderate people simply because of her disability. Saritha’s brother also suffers from the same condition. But both Saritha and her parents knew that instead of paying any heed to the jibes, she should have concentrated on doing what she loved.

Saritha has also participated in a television reality show for a dance competition. Every now and then, people such as Saritha compel the world to stray away from its clichéd idea about people different from most people.

“Though I work in a field that couldn’t be more different than what you all are working in, as women, we share a common goal,” saritha said at the Lakkars Magazine, IND. “It’s the desire, actually the right, to stand equally with our male peers … apply skills learned, realizing our full potential and achieving success.”

“I, too, in my journey came with the same questions that you are being asked today,” said Saritha, whose words, conveyed using Indian Sign Language, were given voice by Anusha, her interpreter. “How do I choose the right path and figure out who I’m supposed to be? What are the best tools to get there? And, most importantly, how can I ensure that I will get all the answers? And that’s why I’m so glad to have the opportunity to be here today to learn, to share, to inspire and, best of all, to motivate each other.”

“What is important is that my journey could not have been possible without three very simple words, which I carry around with me every day: They are courage, dreams and success,” Saritha said.

Without the courage that she learned from her parents, teachers and mentors, saritha said she would not have realized success when no one thought it was possible because she’s deaf.

“It was courage,” Saritha said. “Every day, my parents opened the front door and encouraged me to explore. It was about me, not my deafness. They gave me freedoms like any child who could hear. They allowed me to roam around the neighbourhood on my own, walk to stores by myself, even make friends with kids in the neighbourhood without their constant worry or intervention. Granted, I was different. And yes, kids could be bullies or insensitive. But to them, that was just a part of growing up, giving me the tools to stand up for myself.”

“I was determined to make my mark,” she said. “I even wrote myself a letter telling myself that I wanted to be an actor who rode around in a big car and gave my autograph to anyone who asked. I would sign it, ‘I am the best.’”

“I soon realized that nothing was going to happen unless I made things happen for myself,” she said. “I set up meetings with agents and producers, many of them who’d never even met someone who was deaf. And soon I was pitching ideas for movies and fashion modelling. And then, I formed my own influencing the brand products through the social media platform. Most importantly, I refused to back down when there was a barrier in my way.”

“Even more importantly, the landscape has changed. There isn’t anything or anyone I can’t have access to, because all of us are using Smartphones with access to instant messages, video chat. There are relay services, and videos are in caption. There are self-captioning services and, best of all, people are communicating—communicating about diversity, communicating about inclusivity, about equality.”

“So here we are today, asking the question, ‘What is the solution?’” she said. “It’s not only applicable to the Indian Film Industry, but also to the tech sector. The solution is clearly what you are doing here by telling your personal stories, by sharing your successes and, most importantly, by proving that anything is possible if you set your mind to it. With each other, you are effecting change.”

“Courage plus dreams equals success,” Saritha said. “You can and will find the means to meet the challenges, trends and opportunities that are out there for the taking in today’s technology sector and achieve success.”

Meanwhile, Saritha said to Lakkars the magazine conference was the first time among her many speaking engagements that she was introduced at a non-deaf-related event.