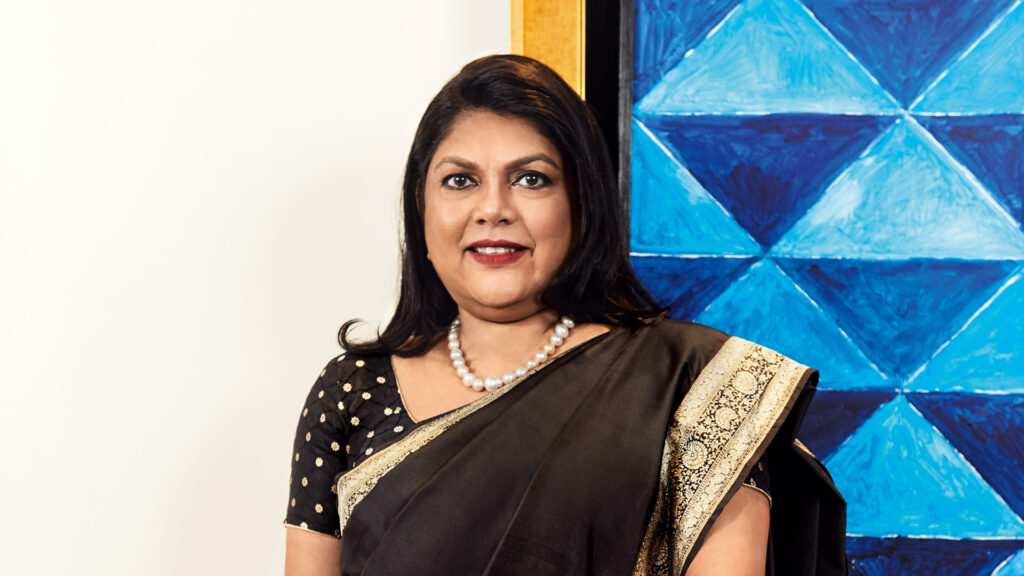 Nykaa, the beauty brand that just made its market debut on the Indian stock exchanges, has made its founder Falguni Nayar a billionaire. Nayar is now worth about $6.5 billion, making her India’s wealthiest self-made female billionaire.

Her accomplishment was buoyed by shares listed at Rs 2,018 with around an 80% premium. Just in the first five minutes of trade, its market cap hit an overall valuation of Rs 1 trillion ($13.5 billion). It took just 90 minutes for the market cap to reach the levels of industry giants such as Britannia, Godrej, and IndiGo.

From Banker To Entrepreneur

Nykaa’s parent entity FSN E-Commerce Ventures is now the country’s first woman-led unicorn to hit the stock exchange. Nayar was a managing director at the Kotak Mahindra Bank and founded Nykaa in 2012 just months before turning 50.

She was inspired by the popularity of makeup and hair-care products among Indian women. But the limited offerings in smaller, neighbourhood stores were insufficient to cater to that demand. The startup has since grown into the country’s leading online beauty retailer providing a vast range of domestic and international brands, some of which have never even been sold in India before.

Its sales are boosted by celebrity endorsements such as by Katrina Kaif and Alia Bhatt and its presence in over 70 brick-and-mortar stores. The name Nykaa stems from the Sanskrit word for heroine or actress. The company sells various beauty care items including exfoliation creams, bridal make-up essentials and hundreds of shades of lipstick, foundation and nail colour.

Its appeal lies in the products being complementary to Indian skin tones, skin types and local weather. Another standout feature of the brand is that it is profitable, something which is uncommon among internet startups making a debut in the public markets.

In the year ended in March, its sales surged 35% to $330 million. It is one of several consumer Internet companies making its debut this year.

Nayar owns her company stake through two family trusts and seven other promoter entities. Among those promoters is her Ivy League-educated daughter and son, who run different Nykaa units.

The firm will use the IPO proceeds for expansion through new retail stores and warehouses. It will also retire some of its debt, which should reduce interest costs and result in increased profitability.