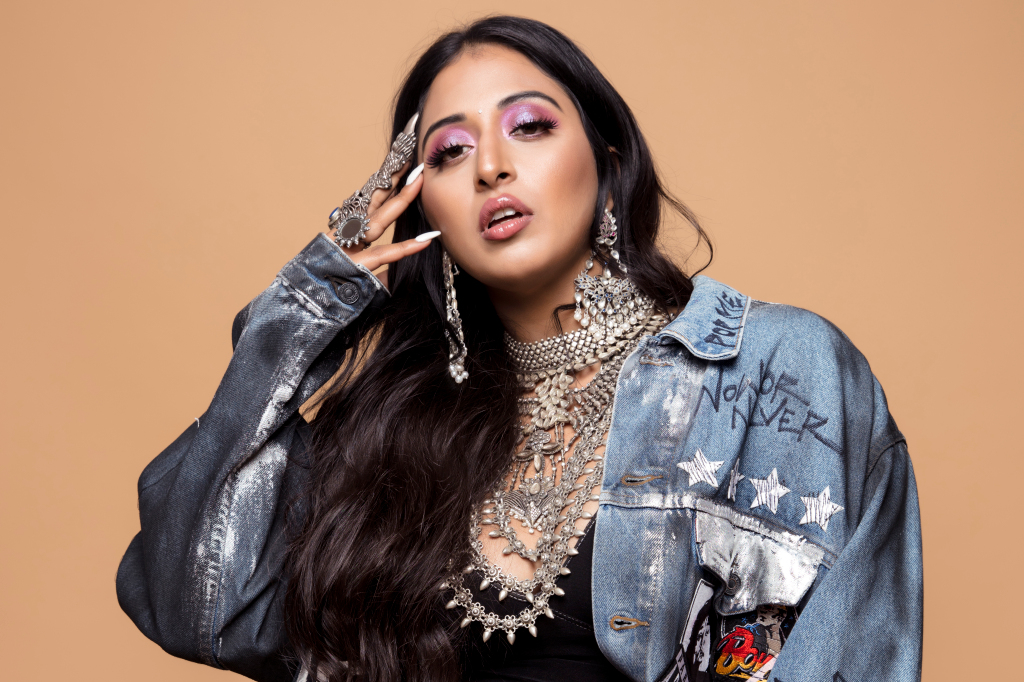 Indian female rappers have been steadily taking the reins of their artistry over the years. They’ve been writing about varied topics, from preconceived societal notions to personal emotions to protest music aimed at larger social issues. We speak to some of the country’s top female rappers about their lyrics and songs.

The songwriting of Indian-American Svetha Yallapragada Rao, popularly known as Raja Kumari, usually derives from real-life experiences. “Whether it’s writing for other artists or for myself, it’s important to create art from the events going on around you,” she says.

One of her most popular songs, ‘Mute’ came out of the angst of dealing with the stigmas and stereotypes in the music industry. In her gut, Raja Kumari knew that what she was doing was right. She believes that the song resonated so much with people because it’s applicable to so many situations. “Put your haters on mute!” she exclaims.

Her new single ‘N.R.I.’ is close to her heart lyrically. Elaborating on the idea behind the lyrics she states, “It’s about the duality of being from two cultures, and having people tell you that you don’t belong to either. I was told I’m too American for India and too Indian for America. I was fed up with people who were trolling online to try and bring me down, so decided to make a track in response to the haters instead of replying online.”

For Meghalaya-based Meba Ofilia, age and time have been key factors that have impacted her songwriting. “I’m at an age where I’m experiencing a lot of things, learning too many things in such a short span of time, giving up on things which no longer serve my purpose. And writing is a way to vent out.” The genre has been a means to an end – she says if she wasn’t a rapper, she still would have written out her thoughts.

Asked about how she hit track ‘Done Talking’ was written, she says, “Basically, Big Ri and I sat down to write this song together. Big Ri was the one with the idea and later conveyed it to me.” Meba says the song is about loyalty to art, love and one’s existence, and was the need of the hour for her as an artist.

On a personal note though, Meba cites the song ‘Jaded’ as being close to her heart since it is about her personal experiences. The song is based on the idea of being held captive in a relationship where you have to one walk on eggshells, but then finally finding a way to set yourself free. Meba recalls a few lines which still strike a chord with her, “This is not what we agreed on; for you to step over me, no; the only quitting I would do is to feed your ego.”

Mumbai-based Deepa Unnikrishnan aka Dee MC says songwriting comes in a large spectrum for her and isn’t confined to a single approach. While her songwriting did revolve around her personal experiences and teenage angst earlier, she slowly wheeled towards serious and upfront approach overtime.

Talking about one of her most popular independent tracks, ‘Taking My Time’, she recalls, “I wrote it in 2017, after a year of not composing any music. It was the year I was most depressed due to some career choices I made that got me stuck in situations I took time to get out of. However, I came out a much stronger person, and learnt a lot from the whole experience.” The thought of penning a song about taking her time to shine came naturally to Dee MC. The lyrics are about enjoying the journey and making the most of the present, without worrying about the constant pressure of ‘making it’ in the industry. “That’s another thing I’ve learnt from my own journey – ‘logo ka kya Aaj Karte Yaad Kal bhool Jayenge’ meaning ‘people will remember you today and forget you tomorrow’. If you’re making music to chase their attention then it will just be a rat race,” she adds.

Dee MC says the song ‘Bars From The Heart’ from her debut album Dee=MC² is one of her personal favourites. She wrote it as an open letter to her parents and her listeners. “I was born in February 1994 and my dad got a job in Saudi Arabia in March 1994. I grew up away from him for 25 years – he only retired last year. The track is an ode to the rocky relationship I’ve had with my parents, with this guilt of sacrifice always being a huge factor. I move on to talk about how things do change with time and so did my rapport with my parents.”