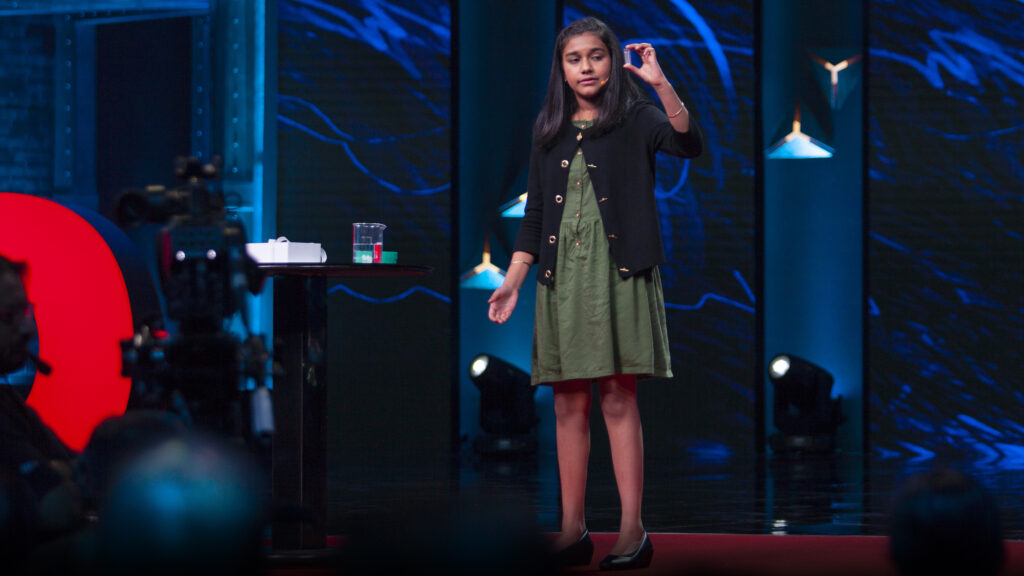 Young scientist focused on social change including a device that detects lead in water and an app that detects cyberbullying.

TIME Magazine has announced its first-ever Kid of the Year – 15-year-old scientist and inventor Gitanjali Rao.  Rao’s love for science began at the age of 10 when she discovered carbon nanotube sensor technology, which uses molecules to detect chemicals in water, and her passion grew from there.

Prior to being named Kid of the Year, Roa was listed on the Forbes 30 Under 30 List for developing a mobile device in 2017 to test for lead in drinking water – an innovation she made to address the Flint, Michigan water crisis.

Her most recent project is an app called Kindly that uses artificial intelligence to detect cyberbullying online at an early stage.

Roa was selected from a group of more than 5,000 nominees, but judges were astonished by her use of technology to combat a number of social issues ranging from contaminated water to opioid addiction and cyberbullying.

‘I don’t look like your typical scientist,’ said Rao, a Colorado native, who sat down with actress and humanitarian Angelina Jolie for an interview.

‘Everything I see on TV is that it’s an older, usually white man as a scientist.’ ‘It’s weird to me that it was almost like people had assigned roles, regarding like their gender, their age, the colour of their skin. My goal has really shifted not only from creating my own devices to solve the world’s problems, but inspiring others to do the same as well.’

‘Because, from personal experience, it’s not easy when you don’t see anyone else like you.

‘So I really want to put out that message: If I can do it, you can do it, and anyone can do it.’

She is a three-time TEDx speaker and in 2018 was awarded the US Environmental Protection Agency President’s Environmental Youth Award.

At the age of 12, she earned the honour of America’s Top Young Scientist for creating a sensor that detects lead in water faster than other techniques that were currently in use.

The device, named Tethys, is designed to be portable and easy to use, allowing individuals to test water safety whenever needed.

It has four main components: a core device, a housing processor with a Bluetooth extension, a 9-volt battery and a slot to enter a disposable lead-testing cartridge.

And it can be connected to any smartphone.

Tethys is housed in a blue, 3-D-printed plastic box. A wire connects to a detachable, disposable sensor called a carbon nanotube. The sensor is dipped in water, and the chemical reactions are analyzed.

‘All you have to do is connect over Bluetooth and your phone,’ Roa told the Denver Post in a 2017 interview.

‘Then you open up the app, which I also developed, to get the status of ‘safe,’ ‘slightly contaminated’ or ‘critical.’ It takes about 10 seconds to get a reading.’